Manushi Chhillar On Birthday: I’m Excited To See How My Life And Career Shapes Up 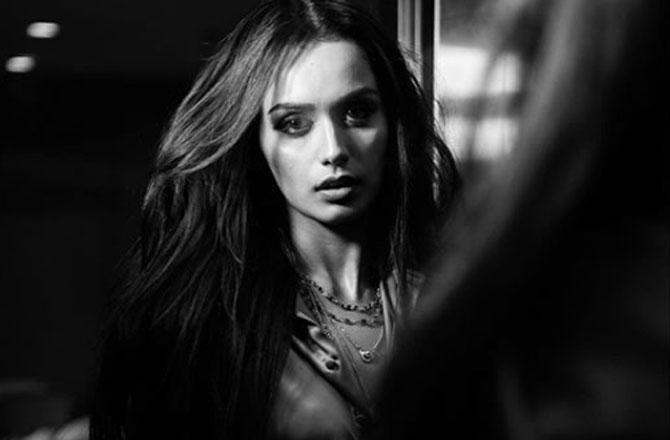 Manushi Chhillar On Birthday: I’m Excited To See How My Life And Career Shapes Up

Ethereally beautiful Manushi Chhillar is turning 23 today and she is celebrating her birthday in lockdown. The gorgeous girl has had a stellar rise to fame as she won Miss World in 2017 and brought the coveted crown back to India 17 years after Priyanka Chopra bagged it! Now, she is gearing up for her debut in Yash Raj Films’ Prithviraj starring Akshay Kumar.

“I have had a blessed life and I thank the universe for everything. I have nothing but gratitude for the exposures that I have had so far and I’m proud that I have been able to express myself completely along the way. My journey has just begun and I’m extremely excited to see how my life and career shapes up,” says Manushi who has already wowed everyone with her incredible beauty.

She adds, “It is a reflective birthday for me. All that I thought I knew about the world has changed and I have had time to think about this a lot and discuss it with my family and friends. So, it’s a very quiet birthday for me as celebrations is the last thing on my mind right now given the pain, loss and suffering I have been witnessing.”

“I think all the thinkers and visionaries of Bollywood will huddle in making plans to script the industry’s comeback as and when it’s feasible. We live in an intimate country, a country that likes to celebrate with everyone so we will all go back to watching movies in theatres in due course of time,” she says.

Manushi adds, “We will go back to living our lives for sure but I hope we will all value our freedom, our country, our nature that much more. As of now, we will just need to wait and hope for things to first become better for all the countrymen, economy to bounce back, everyone being safe, healthy and back to working.”

Catch up on all the latest entertainment news and gossip here. Also, download the new mid-day Android and iOS apps.

Manushi Chhillar’s Instagram photos will give you a glimpse of her glamorous life!
About the galleryHaryana’s Manushi Chhillar won the 2017 Miss World crown and made India proud after 17 long years. As she celebrates her 23rd birthday on May 14, we trace the journey of the stunning beauty queen and soon-to-be actress!
Schedule