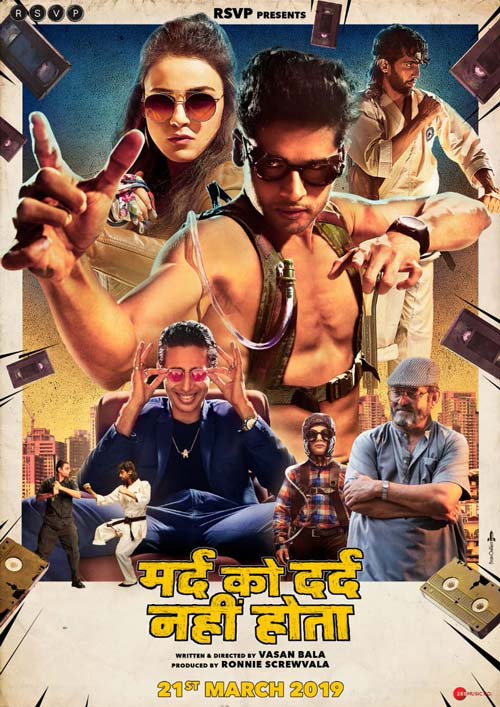 If you were looking out for a great combination of drama and comedy, we are sure your search ended last year with the film ‘Mard Ko Dard Nahi Hota’. This RSVP production dramedy just like the title is the movie you surely need to binge watch on! To mark the one year anniversary of its release, makers shared a special video where Director Vasan Bala can be seen, unplugged!

The story of the movie revolves around Surya who has a lifelong condition that renders him unable to feel or register pain. Soon, he decides to learn martial arts and use his abilities to help his biggest idol.

The movie released on 21st March 2019. Marking its one year anniversary, the makers shared a special video where the director Vasan Bala shares all the fun comments the movie received and how the audiences feel this was an ‘underrated film’ but was loved all across!

The video also evidently highlights how the audiences are even demanding for a sequel for the film already. The director also adds some fun BTS talks that will surely make you understand how and why some characters were in a particular way.

The movie is directed by Vasan Bala. The cast includes Abhimanyu Dasani and Radhika Madan in lead roles. The film is produced by Ronnie Screwala’s RSVP Movies and hit the screens on 21st March 2019.