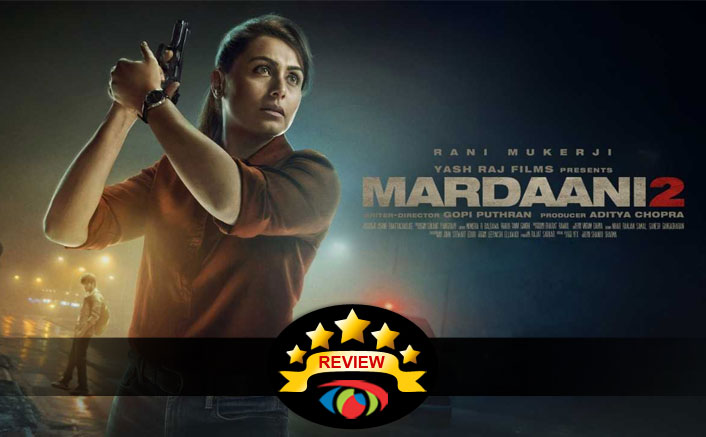 Mardaani 2 is disturbing, chilling, heart-wrenching and makes you uncomfortable; and perhaps that’s what the makers intended to achieve through this edge-of-the-seat crime thriller. Written and directed by Gopi Puthran with Rani Mukerji in the lead role, Mardaani 2 highlights the gruesome crimes against women, but also delves deeper into issues such as women safety, gender inequality, misogyny and toxic masculinity.

Superintendent of police, Shivani Shivaji Roy (Rani Mukerji) is out to capture a criminal (Vishal Jethwa) who rapes young women in a fit of rage before cruelly murdering them. The trouble is, he is always one step ahead of the cops, playing a cat-and-mouse game on his own terms.

Shivani comes with her own strengths — she has the knack of studying a crime scene in the most detailed manner, a trait that her male subordinates detest. In the chase that follows, you are invested in finding out how, and if, Shivani will catch him before he lets the monster out again.

Mardaani 2 is not the first film to bring heinous crimes under the spotlight but it manages to tap into social consciousness given its timing. As the nation seethes after the horrendous rape and murder of a doctor in Hyderabad and its aftermath, the film once again takes us back to the brutality of such crimes and how we need a firm solution.

A sequel to Pradeep Sarkar’s Mardaani (2014), that highlighted the issue of human trafficking, Mardaani 2 takes it a notch higher and duly delivers on the fact that cinema is the reflection of our society. It’s real, relatable and succeeds in evoking the desired angst in you.

Playing the top cop, Rani Mukerji looks convincing and impresses with her controlled performance from the word go. The expressions of anger and helplessness on her face resonate with you. She has some hard-hitting dialogues and manages to strike a fine balance between her duty and emotions, never going overboard.

Debutant Vishal Jethwa as the mysterious and egotist villain is spot-on. It’s not easy to deliver such a confident performance, especially when you are cast opposite someone as seasoned as Rani but Vishal holds his own.

While Mardaani 2 makes you hate the perpetrator, it also shows the larger systemic problem that lead to hate crimes such as these. The director gives the bad guy a fairly believable back-story involving a troubled past and childhood making us go beneath the surface.

Even when it comes to the pace, the film doesn’t waste time building up subplots or introducing needless twists. It straightaway comes to the point and leaves you not much time to evaluate or analyse the right or the wrong. Perhaps that’s why, at 105 minutes, its length is one of its biggest plus points. Also, Puthran doesn’t leave his grip over the story at any moment. There are no forced songs in the film to kill its tempo; the background score also allows the story to be the real hero.

A socially-relevant film, Mardaani 2 is designed as a thriller to keep the audience involved, but it could have avoided showing the faces of sexually assaulted girls – this is surely not for the weak hearted.

Mardaani 2 is a story that everyone knows about, but it still needs to be told again. There are moments that make us cringe, but if we can watch 24-hour news cycle then this film is certainly the need of the hour to make our voices heard.