Marking Karisma Kapoor and the ‘Mentalhood’ pack’s debut on OTT, the teaser of ALTBajaji and ZEE5’s ‘Mentalhood’ is out now! 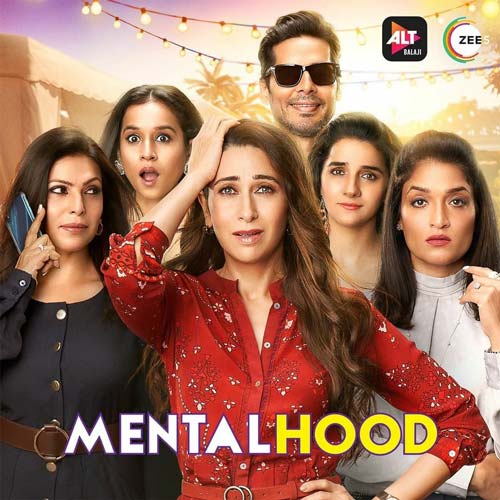 When everyday is a madness in a mother’s life and all she cares about is making things right. Welcome to the madness of motherhood as ALTBalaji and ZEE5 finally gives a glimpse of its most awaited web-series ‘Mentalhood’ by dropping the teaser. Bringing celebrated talents on OTT platform as which also marks the digital debut of Bollywood’s Lolo aka Karisma Kapoor along with the others, the teaser of the web-series Mentalhood is out now and is truly a rollercoaster that we cannot miss!

The series which will be streaming on ALTBalaji and ZEE5 in March, dropped a teaser of the show and shared, `Parenting nahi rahegi same, when these #supermoms bring on their A-Game Be a part of these mother’s journey from motherhood to #Mentalhood! Streaming, 11th March on #ALTBalaji. Trailer out on Monday! #ALTBalajiOriginal #AZEE5Original`

Directed by Karishma Kohli, Mentalhood will see actor Karisma Kapoor making her digital debut as Meira Sharma, an out and about mental mom. Earlier, the poster really gave us an idea of how this quirky take on motherhood is going to look like but the teaser definitely gives us a glimpse into the mad-house and we are already excited! The web-series will showcase the ride from motherhood to mentalhood of the various kinds of mothers around and how they manoeuvre their way through unreasonable expectations and eccentricities to raise their children. Multi-tasking becomes a habit and constant worrying and guilt feeling becomes their nature.

The makers of the show are all set to hold a trailer launch event on the 24th of February 2020 which will be an extravaganza. The much-awaited show, Mentalhood will be streaming on ZEE5 and AltBalaji in March