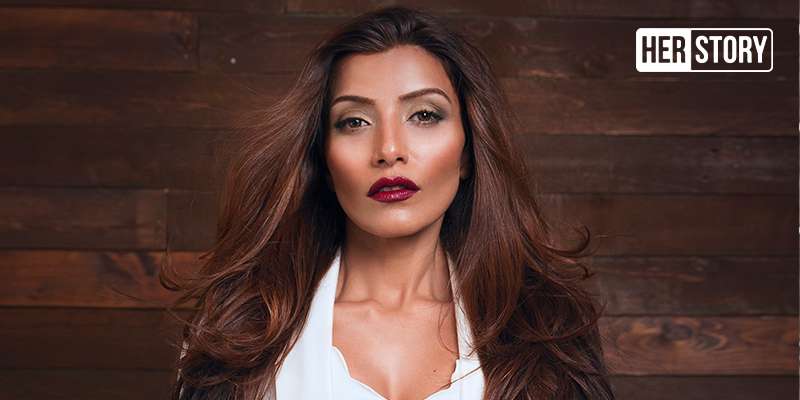 Originally from Mumbai, Mubina Rattonsey’s interest in films began after she graduated from college with a degree in business. Although she had no formal education in film, she dreamed of telling stories on the big screen. She eventually found her calling in production and jumped right into it.

So far, she has independently produced award-winning films like period-drama Before the Rains, Shahid Kapoor and Priyanka Chopra starrer Kaminey, and Prarambha – a short film for the Bill and Melinda Gates Foundation.

In 2016, Mubina launched her own production house, Zero Gravity . Its recently established parent company, which is also co-owned by Rohini Singh, Manmeet Singh, and Armaan Zorace, has developed a slate of film and television content, including horror-themed Wraith , superhero film Gamma Man , and war-drama The Aryan Papers .

Zero Gravity acquired funding of $100 million in 2018, from a New York-based private equity.

Mubina, who was raised in Mumbai, initially had no avenues in film making. She says,

“I graduated in business and started working in a prestigious advertising agency in India. During my time there, all I could think of was my desire to tell stories on the big screen, in the form of movies. I looked for opportunities to work on content that had a heart and soul.”

Although she had no formal degree in filmmaking, she sought out a job as a runner on a film, and also had her sights set on becoming an assistant director so that she could someday direct a film of her own. However, she soon found another path – production – which was a perfect fit.

Before moving to the United States, Mubina worked on films like Before the Rains, Tahaan – A Boy with a Grenade, Kaminey, Urumi, Ceylon, and Prarambha.

On the core idea and motivation behind launching her production house, Mubina says,

“A production house is essentially a platform that helps breed creativity at all levels. But it requires a tremendous pool of talent to jump into a bucket full of surprises. The team at Zero Gravity Partners has united for that cause and to empower women of colour and people of all ethnicities to join and maximise their potential.

“We want to build powerful collaborations with strong and effective filmmakers from India and across the globe and to push for stories that are of the mainstream narrative to bring ahead the voice of the fringes and into Hollywood.”

The first film on its slate is Wraith, a horror film about a couple heading into a town where an evil presence surrounds them, and how they have to fight forces from other dimensions to survive. Others in the works include Gamma Man, a superhero film about a teenager who acquires supernatural powers when he is exposed to a meteor shower, and The Aryan Papers, an epic war-drama about a Polish musician who embarks on a journey in search of her fiancé during WWII.

Mubina says she is extremely inspired by her co-worker, writer, and producer Armaan Zorace.

“Armaan Zorace has been my mentor and my greatest source of inspiration in the past few years, as he is effortlessly and brilliantly in command of his technique. He focuses on innovation and has the unique ability to actually make a difference to moviegoers across the globe. It’s very motivating to watch him and the team break all barriers on how movies should be made. His ‘never-say-die’ attitude, endless conviction, and support have allowed me to attempt things I didn’t imagine were possible.”

Mubina also spends her day staying on top of her game by researching, reading, and ideating, and also making time for doing the things she loves, like reading history and crime novels, and watching thrillers and science fiction movies.

Through Zero Gravity, Mubina also aims to empower women and amplify their voices. She says,

“The narrative around women assuming powerful positions has changed, but it’s not enough. At our company, we have an equal balance of power. We find a compelling need to bring about awareness and help allow flexibility at various levels of movie-making. We intend to build and shape the narrative, strike an overall gender balance and empower fearless filmmakers – Indians of all ethnicities worldwide.”

Mubina’s goal for Zero Gravity is to “build a strong infrastructure that enables powerful collaborations, empowers fearless filmmakers and encourages the enormous pool of talent out there to find security, comfort and a voice that is in sync with the stories we wish to tell.”

For other women embarking on an entrepreneurial journey, especially in film, she has some advice:

“Don’t take the safe path. You need to put your vulnerable self forward. We will fall and fail many times, but eventually, we’ll find the ability within ourselves to build, create and empower. What’s important is that we stay fair through that journey and allow the movie to be the star and to get the glory. “