Mia Khalifa has criticised Playboy and Instagram over “double standards” which she says puts her account at risk of getting banned.

The former adult film star claimed that Instagram had removed the option to report Playboy posts for nudity.

Meanwhile, she constantly lives in fear and is “so scared” of getting banned herself for the same thing.

Mia also claimed that Playboy was “constantly pushing” her for promotion “at the risk” of her own account.

She said: “Do you know how frustrating it is to fight with a company about my contractual obligations for promotion on IG while also fighting to maintain my account so it isn’t constantly getting flagged or shadowbanned??”

Mia also said that Playboy “barely blurs” their pictures but “doesn’t seem to get flagged”. 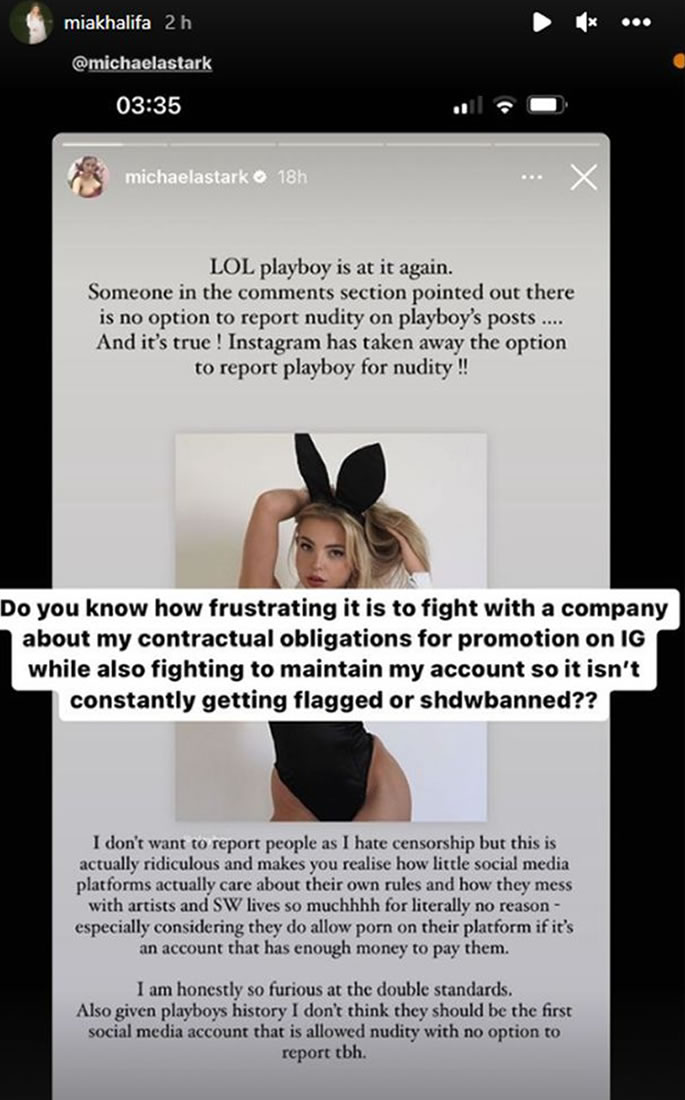 Instagram is a key platform for Mia Khalifa, boasting over 27 million followers.

She regularly posts sultry pictures and on a number of occasions, has worked with Playboy.

Mia raised temperatures with a series of sensational snaps from her photoshoot as she posed on a balcony in an unspecified sunny location.

Many of the shots featured her back to the camera while Mia looked over her shoulder, cheekily showing off her derriere.

Mia accessorized her look with lots of jewelry, which included rings and bracelets. She also sported body jewellery.

As part of her beachy look, she kept her makeup to a minimum.

She completed her look with tinted sunglasses. 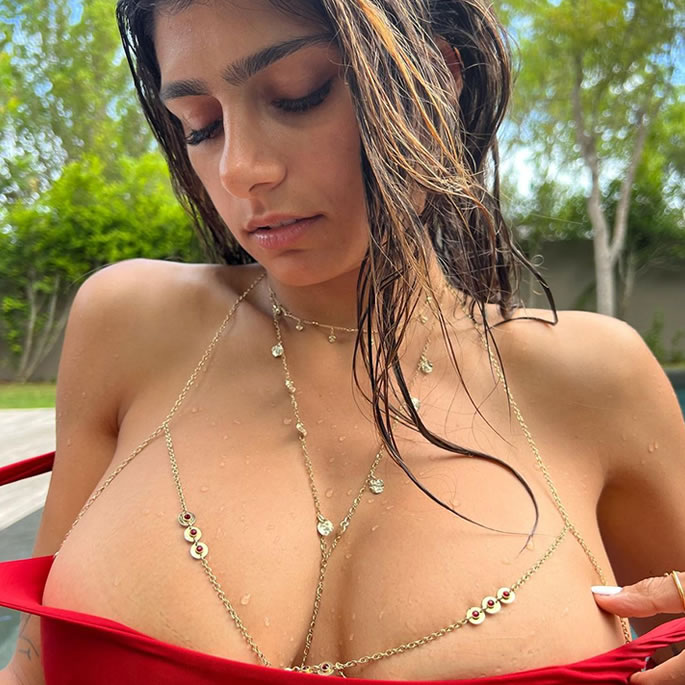 She previously spoke of her disgust over the US Supreme Court’s abortion ruling.

Posting a map of the states along with their stance on abortion, she wrote:

“This is a direct attack on women.

“I’m disgusted to live in America where my life and the lives of every woman are disregarded and diminished down to nothing more than domestic infant suppliers.”

Mia also posted a series of Instagram Stories, detailing what can be done to help.

She also urged American women to delete their period tracker apps, claiming that the apps have sold their data to the Centres for Disease Control and Prevention (CDC).