Mia Khalifa ‘stalked’ by Men while on Luxury Yacht 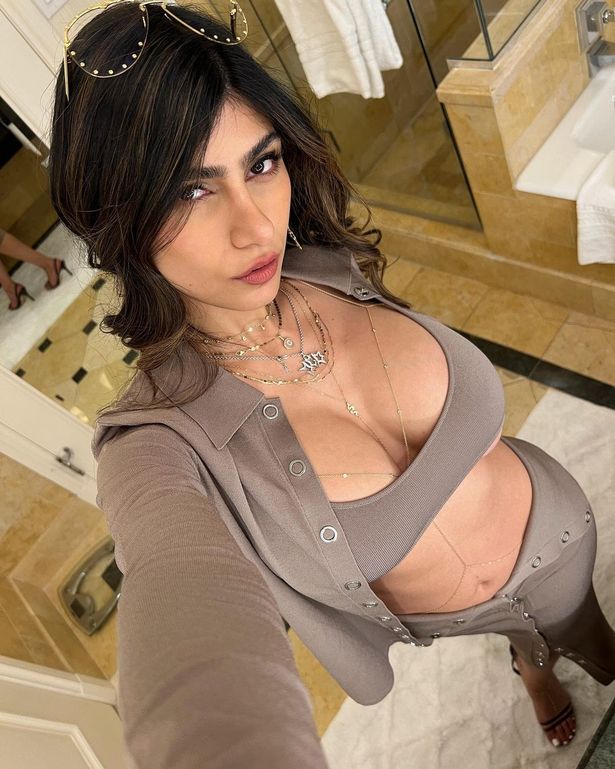 Mia Khalifa had an interesting experience during a boating trip in Miami.

The former adult film star has been spending most of 2022 travelling across the world.

She has visited the likes of London, Ibiza and Bangkok.

Mia has returned to the United States but continues to be holidaying, riding on luxury boats and relaxing in skimpy bikinis.

But her latest trip seemingly took a sinister turn.

Mia posted an Instagram Story to share a glimpse of a yacht ride in Miami, but it quickly went downhill.

She reveals that she was seemingly being stalked by a group of men on another boat.

The video showed the boat behind her, appearing to have around 10 men standing on the front chasing her own vessel at some speed.

Mia pulls a face, appearing to be creeped out by it. 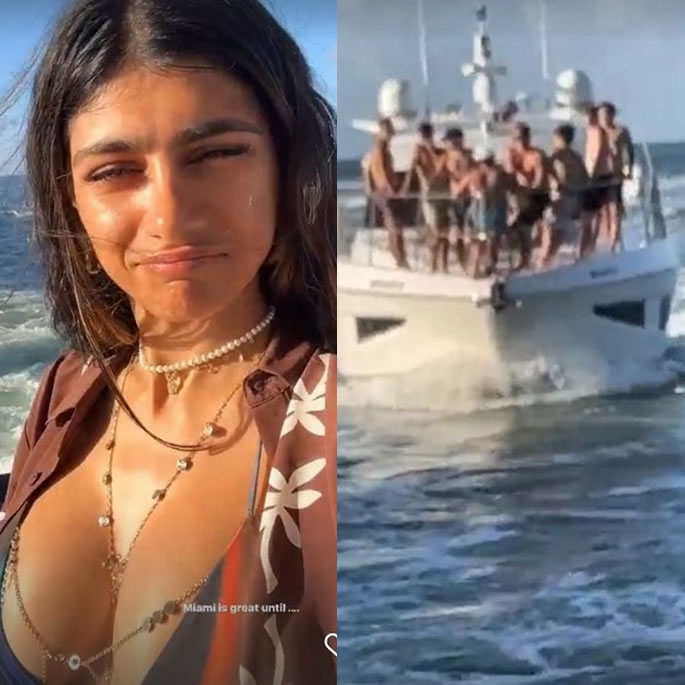 Fortunately, nothing came of it as she did not post an update on the situation.

But she did post more bikini-clad pictures from her boat, including videos without the men’s boat in sight.

Mia chartered the lavish boat, earning her the nickname of ‘Sugar Daddy’ from her fashion model friend Jenna Lee, who has been on the trip with her.

She also commented: “When your sugar daddy insists on being in the shot.”

Mia and Jenna have been enjoying Miami, posing in bikinis and riding around on jet skis. 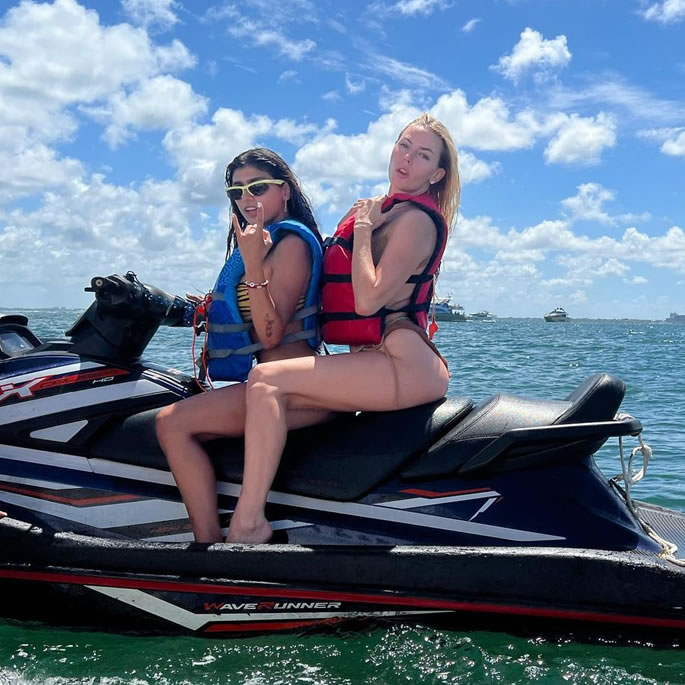 The influencer has not yet revealed where the next leg of her round-the-world tour will be.

Previously, Mia Khalifa had a racy confession about rapper boyfriend Jhay Cortez during a trip to Ibiza together.

Sharing secrets with her followers while holidaying in the sunny holiday hotspot, she asked fans to send in their questions for her, prompting one to ask if she had done “it” while on the romantic getaway.

Not one to shy away from her bedroom antics, Mia responded:

During her trips, Mia has also opened up about her love for reading and her extensive collection of books.

She took to Instagram to admit that her passion for reading is so strong that she had to buy an extra suitcase just for all the books she has bought during her trip to Europe.

Mia said she was “manifesting a collection so big that I need a ladder in my home one day”.