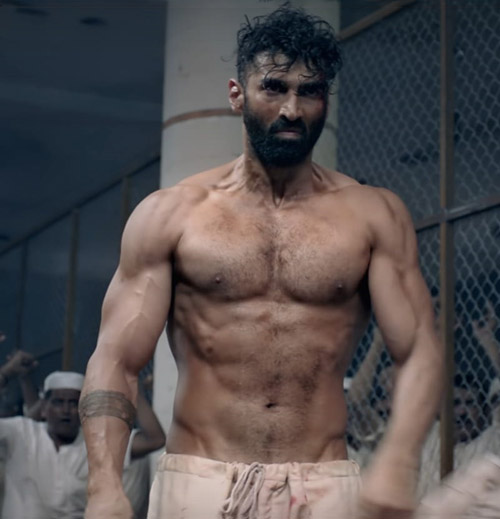 Actor Aditya Roy Kapur is all set for the release of Malang where he will be seen opposite Disha Patani. The actor has been receiving a lot of appreciation for his extreme makeover in the movie.

The actor trained in martial arts, flexibility, and endurance and went off sugar, salt to go from lean in the first half to bulked-up in the later parts of the romantic-thriller.

Mohit Suri shared, `Aditya’s two looks can be defined as hippy-which is actually him off-camera-and the muscular hero. It’s easy if you have six months to go from one look to the next, but he has done it in two months, living without sugar and salt when we were shooting portions in which he had to look ripped. Then, he started eating all the time to be bigger; it’s a difficult job.`

As part of his prep, Aditya entrusted his fitness trainer to help him achieve the physicality of his character when he transforms into a compulsive killer. For the combat scenes, the actor took up training in martial arts, flexibility, and endurance.

Recently, the title track of the movie was released and has become the next big song out there as the movie crossed 10 million-plus views in less than 24 hours.

Malang is all set to release on 7th February 2020 was elaborately shot in parts of Mauritius, Goa, and Mumbai and the trailer certainly gives away the right dose of mystery, chemistry and everything that makes for the ‘most awaited trailer of the season’.