Most underrated recent performances of Bollywood! 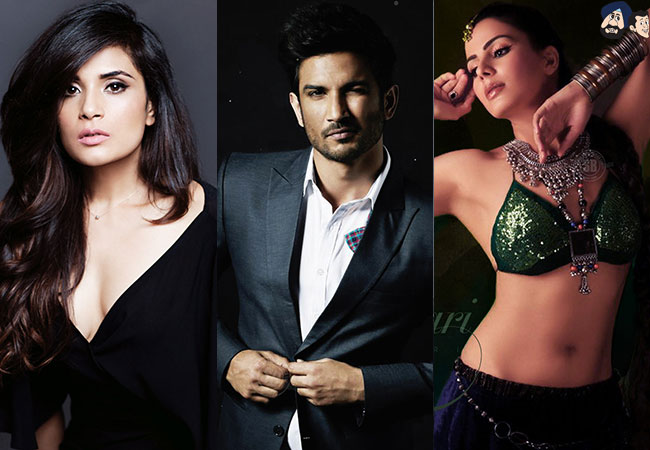 Most underrated recent performances of Bollywood!

The last year saw many Bollywood films doing extremely well on the box office and receiving all the praises. On the other hand, there were films that did not get an overwhelming response but still, saw some world-class performances by some outstanding actors. So, here we present the most underrated recent performances of Bollywood –

Vasan Bala’s film was the story of a man with a rare condition called ‘Congenital Insensitivity to pain’ who strikes out on a quest to vanquish his foes was hailed by the critics and Abhimanyu’s film received a standing ovation at the 2018 Mami Film Festival.

Mohit Raina’s Bollywood debut as ‘Major Karan Kashyap’ was applaudable and emotional. He shined as the courageous and fearless soldier of the Indian National Army leaving a solid impact.

Pranutan Bahl was outstanding and impressive in Nitin Kakkar’s ‘The Notebook’. The film was the story of a young retired army officer who teaches in his father’s school to save it from closure eventually ending up falling in love with the previous teacher by reading her diary left in a drawer.

It takes talent to showcase the innocence of two lovers who haven’t ever met each other and Zaheer Iqbal & Pranutan Bahl did it right in their first feature film itself. Zaheer & Pranutan remained the film’s highlight and their screen presence was commendable, impacting and pleasant to say the least.

Kirti Kulhari was seen in the role of an air-force officer in URI who is determined to return to the field provided perfect assistance to the movie’s pacey story-telling. Kirti’s act will leave you connected with her role and her emoting in the film was understated yet effective.

Boman Irani (Made In China)

Boman Irani always stands apart when it comes to acting. Similarly in Made In China, Irani took us by surprise with his acting-chops and made us realize how badly we need prolific actors like him!

Richa Chadda’s act as the headstrong lawyer and public prosecutor Hiral Gandhi in Section 375 once again proved her versatility and capability to adapt to any character on-screen with perfection.

Amrita Singh was quite a performer! She was feisty and fire-like in her act in the film and stood tall alongside Amitabh Bachchan proving yet again why she is one of the most underrated actors of the industry.

The true winner in Sonchiriya when it came to performances has to be Sushant Singh Rajput, who delivered a master-stroke performance among these stalwart actors like Manoj Bajpayee, Ashutosh Rana, etc. Rajput proved that his range as an actor can always surprise you.