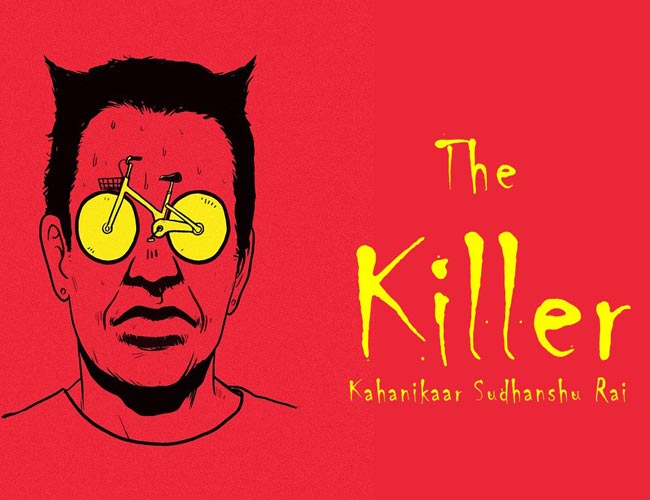 The Killer: The latest story by Kahanikaar Sudhanshu Rai has even Detective Boomrah in a tizzy

Nainaṃ chindanti śastrāṇi nainaṃ dahati pāvakaḥ, na chainaṃ kledayantyāpo na śoṣayati mārutaḥ – it means ‘no weapon can cut a soul, nor can a soul be burned by fire, nor moistened with water and nor can it be withered by the wind’. This shloka from the Bhagavad Geeta depicts the psychosis of the protagonist of Kahanikaar Sudhanshu Rai’s latest Hindi thriller short story ‘The Killer’. This story is about a man who is on a killing spree, construing the aforementioned holy verse as a justification of his deeds.

Set in the ancient city of Varanasi in the season of monsoon, the story begins with Detective Boomrah struggling to find clues about a serial killer who leaves no trace of his crime. There are no signs of assault on victims’ bodies or of the killer’s entry/exit at the site of any incident. The only thing common among all the victims are wide open eyes, suggesting that they were startled before breathing their last. And before committing each murder, the killer gives away a riddle based on mythological verses, which carries a clue about the victim. However, both Boomrah as well as the cops fail to decipher the message in those riddles.

The first sigh of relief comes for Boomrah when his assistant Sam comes with the information of one suspicious person in a nearby village whose sketch has been prepared by the police. This leads the detectives to a small village located approximately 40 km away from Varanasi, where they are met with disgust and unpleasant gestures by the villagers. But thanks to Boomrah’s knack of convincing people, he manages to get the location where the suspect resides – a cottage in the middle of a lake.

What’s awaiting Boomrah in the cottage is the shock of his life. In the course of his interaction with the suspicious ‘killer’, the detective comes across a riddle that sweeps him off his feet. What exactly was written in that riddle? What was that questionnaire on basis of which the mysterious killer declared that a victim would land in heaven or hell? Will Detective Boomrah succeed in nabbing the serial killer and moreover, will he escape death? Answers to all these questions lie in Kahanikaar Sudhanshu Rai’s ‘The Killer’, a story which would compel to ascertain your real self.

Listen to the full story: