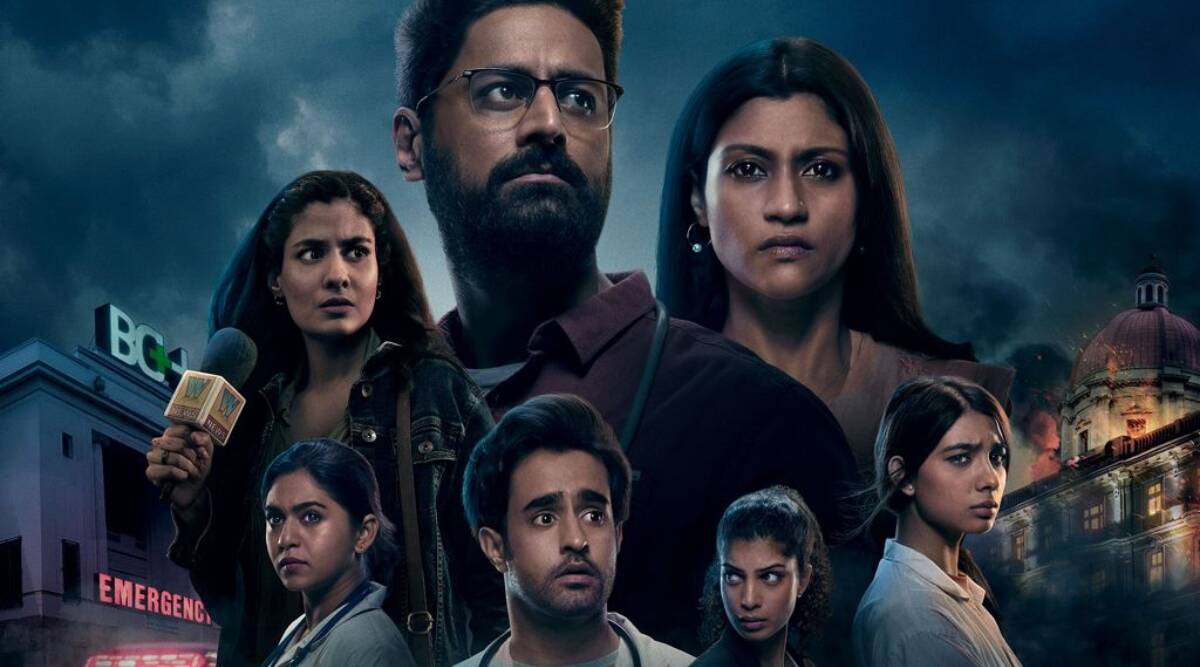 The medical drama is not traditionally a strong genre for Indian films and television. None of the Sanjivani shows (2002 and 2019 iterations, plus a 2007 sequel/spin-off series called Dill Mill Gaye) was much to write home about, although the original was a hit. Kuch Toh Log Kahenge had its moments with Mohnish Behl, but it fizzled out quickly, too.

Which is why I was cautiously happy when Mumbai Diaries 26/11 (co-directed by Nikkhil Advani and Nikhil Gonsalves) started on a promising note; maverick trauma surgeon Kaushik Oberoi (Mohit Raina) locking horns with seniors and law enforcement alike over his lack of respect for protocol. The very premise of trauma surgery being ground zero for your TV show makes it relatively easy to conjure high-stakes drama out of nothing, one could argue. But the first few scenes of Mumbai Diaries 26/11 are confident, almost glib filmmaking: a cold opening at Leopold’s Café (minutes before the Mumbai terror attacks of 24-26 November, 2008), Aaron Sorkin-esque walk-and-talks at the ‘Bombay General Hospital,’ and plenty of skillfully executed tracking shots.

And then, in the middle of an emotionally heavy scene, Dr Sahil Aggarwal (Mishal Raheja) drops the age-old Bollywood chestnut: “Hum doctor hain, bhagwaan nahi.” (We are doctors, not gods) This is the larger pattern Mumbai Diaries 26/11 follows: it sets up morally ambiguous and potentially rich storylines, only to squander them with lazy writing, and paper the gaps with action sequences (the fact that the story is set around the 26/11 terror attack allows the makers to do this repeatedly).

It is a bit of a shame because the cast works quite hard throughout: Raina is diligent and adequately brooding as Dr Oberoi, his predilection for the f-word has been used intelligently for both comic and curmudgeonly effect. Mrunmayee Deshpande and Tina Desai are both good, playing trainee doctors of contrasting backgrounds and temperaments. Adithi Kalkunthe as Nurse Vidya Paul and Balaji Gauri as Nuse Cherian are even better, actually.

Moreover, Konkona is reliably excellent as Chitra Das, a non-practising doctor who is the head of Social Services at Bombay General. Her character is traumatised, but also strong-willed and absolutely committed to her convictions. A PTSD scene in an elevator stood out for me, as did her easy canteen repartee with Raina, where they both kind of slip into lighter, unencumbered, college-era versions of their characters.

It is the kind of light touch we do not always see in Mumbai Diaries 26/11, a show largely content with the big, booming, slightly on-the-nose emotional notes.

A word on the ‘no cuts’ action sequences: like the recent, much-talked-about police station ambush scene in , that had no cuts and a nifty altitude shift bang in the middle of breakneck gunfire action, there are some comparable sequences here. I do not know if this style is becoming de rigueur for Bollywood action thrillers now, but it is impressive work nonetheless. I just hope they do not keep trotting it out monotonously. What does not work for the show is its integration with the terrorist storyline — and more importantly, the media storyline, headlined by Shreya Dhanwanthary, who plays Mansi Hirani (Dhanwanthary previously played a financial journalist in the Hansal Mehta show scam1992. Maya is an utterly unscrupulous TV journalist who is willing to break laws with abandon and put others at deadly risk without a second thought; just as long as it lands her a scoop, that is.

There is no doubt that the actions of the Indian TV media were irresponsible during those early hours of the Mumbai terror attack. And equally obvious is the fact that this is an industry in dire need of reform. Having said that, Dhanwanthary’s character is a muddled, shallow interpretation of journalists and journalism that goes beyond cynical into truly diabolical territory. In one scene, she actively eggs on her cameraman to stand up and get a clear shot of gun-wielding terrorists, even as bullets are flying about (even as she, like everybody else in sight, is ducking to safety on the ground). Shortly after this, her genuinely shocked boss on the phone follows a panicky “Are you okay, Mansi” with “oh my god, you have usable footage?!” Hell, she lies in order to get herself admitted to Bombay General at a time when resources are stretched thin, thanks to the influx of gunshot victims.

It is remarkable that in a show full of terrorists, ethically compromised doctors, ‘both-sides’ administrators, and bone-headed cops, the most consistently terrible decision-making is reserved for the female journalist. I mean, it would have been easier (not to mention more fun) to have little cartoon horns inserted over her head in post-production.

And yet, somehow even she is redeemed as ‘brave’ in the aftermath of the crisis. A Muslim-hating male nurse overcomes his bias in the heat of the conflict. Dr McDreamy Oberoi begins to repair his marriage, misogynist characters start believing in female leadership during a crisis, the world turns upon the pin of this show’s melodrama a little too easily, a little too conveniently.

It would have been much more interesting to let these characters wake up, post-traumatic ordeal, and be confronted by the reality of their own biases. Surviving does not necessarily make you less of an a**hole, but that is the kind of idea that Mumbai Diaries 26/11 is not particularly interested in. As a genre piece, it is arresting in parts, thanks to the diligence of the cast. But ultimately, Mumbai Diaries 26/11 is a strictly middling thriller that squanders its potential.