Nadia Hussain and Nabila take their fight over makeup 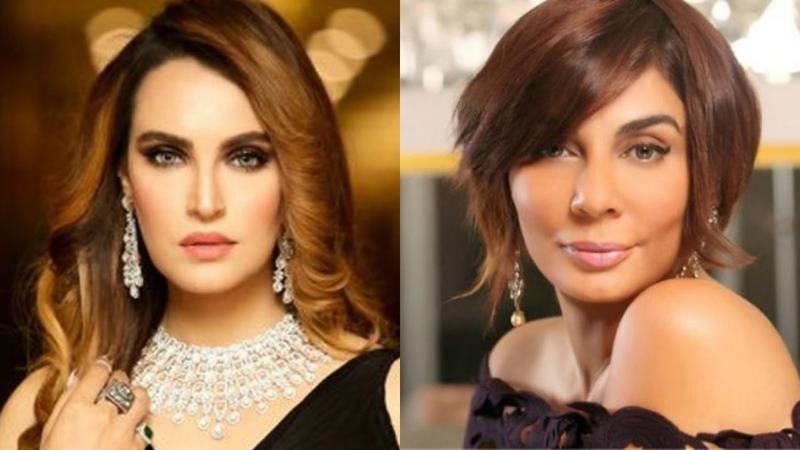 Hussain shared a screenshot of a WhatsApp conversation with the makeup artist and was appalled at the unexpectedly catty response she received at the launch of her makeup palette.

“This is truly what being insecure means!” she posted on Instagram. “I am just shocked, speechless, appalled, confused and yet feel victorious at the same time!”

She then revealed how she was both upset and unable to tag Nabila since she had blocked her.

“For someone of Nabila’s repute — I cannot tag her because she has blocked me — to stoop so low and send me such an underhanded message on the launch of my Go Makeup Palette is just beyond me,” she said, revealing that the idea of the product might be similar, but isn’t plagiarised.

Ironically, Hussain took the opportunity to market her own product as a better version available in the market, saying that it has much more to offer.

“My item may be similar but surely the concept is totally different, she has no copyright on such a design, many many international brands have such similar travel makeup kits and my product itself offers much, much more in comparison to her Zero Makeup kit!” she said, adding that after reading her reply, Nabila had blocked her from all social media platforms.

Hussain went on to prove that the conversation was real and even revealed a few digits of the makeup artist’s phone number as proof of confirmation.

“I have attached a quick scroll through of my conversations with her since 2019 for people to know that yes it was her who sent me that ridiculous message, and also a screenshot of a few digits from her phone number for those who know her personally so no one can say these images are doctored or that it was sent from someone else’s number whose name I had changed to hers!”

Ending on a salty note, she then claimed, “surely my Go Makeup Palette rocks and surely it has rocked her boat.” She said she didn’t understand Nabila’s reaction at all.

This isn’t the first time Nabila has made headlines for the wrong reasons. She faced backlash after she criticised a picture of Eman Suleman with ‘constructive criticism’ such as calling it “Ichhra”. She also did her reputation no favours when she lashe out at people on social media who criticised her for reopening her salon during the pandemic.

This is why it came as no surprise when the makeup maestro took to social media to claim that her ZERO Makeup Palette, which was initially launched in 2015, was a “unique” concept that took extensive research and development in Germany over the course of “fifteen years before it hit the stores.”

“There are talks about a recently launched local makeup product that has blatantly used similar communication as ZERO makeup. While we don’t approve of plagiarism, we refuse to engage in desperate mudslinging efforts,” she said. But while she said there would be no mudslinging, she then posted an unsubtle picture that showed us all what she’s thinking.

While there is a fine line between inspiration and plagiarism, it is important to remember that both Nabila and Hussain are renowned names in Pakistan’s fashion and makeup industries. For recognised icons to behave in such a manner online is quite below them. It also makes the industry look both catty and unprofessional.