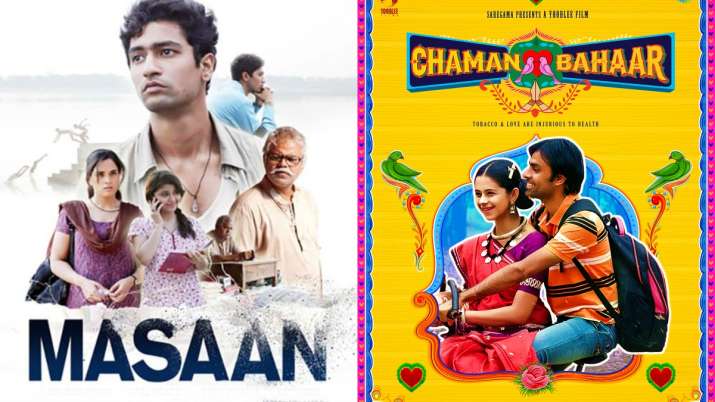 Bollywood is not limited to fairytale romance and family dramas. There’s more to it. In recent times, there have been multiple experimental films that health with sensitive topics, making the uncomfortable a comfortable talking point. Films that have spoken and portrayed characters that need to be discussed and pondered upon. Neeraj Ghaywan, Nachiket Samant, Ashish Aryan, Chaitanya Tamhane and Apurva Dhar Badgaiyann are among many such Indian filmmakers, who are tweaking the conventions of cinema. Here are 5 such films that push us out of our comfort zones.

Neeraj Ghaywan is an emerging modern master of independent and pathbreaking cinema, the multiple award-winning directors of the critically acclaimed ‘Masaan.’ Having assisted filmmaker Anurag Kashyap on ‘Gangs of Wasseypur,’ Ghaywan went on to establish himself as a very distinct filmmaker whose personal experiences are now mainstreaming Dalit stories in even a short like ‘Geeli Puchhi’ that gave us Hindi cinema’s first blue-collar, queer and Dalit heroine. He knows how to pack a lot in even a limited amount of time. His short  ‘Juice’, for instance, showed us how women are relegated by patriarchy to endlessly serving and feeding others.  He also co-directed the second season of Netflix’s highly acclaimed series, ‘Sacred Games’.

Yoodlee’s ‘Comedy Couple’ was director Nachiket Samant’s attempt to address some uncomfortable social realities with a sense of humour. The film thematically explored areas that mainstream romcoms rarely venture into. Through the trajectory of its lead characters and stand-up comedy duo Deep (Saqib Saleem ) and Zoya (Shweta Basu Prasad), it asked if freedom of expression truly exists and showed just how bigotry, intolerance and violence impact human lives. But at no point did the proceedings become didactic.  Samant developed a passion for filmmaking while working with the organization committee of the Pune International Film Festival where he interacted routinely with international filmmakers and even went on to assist Italian filmmaker Marco Amenta. His courage to say the unsaid is his biggest strength and avid film lovers await his next film eagerly.

Chaitanya Tamhane is easily the leader of a new wave of independent cinema in India. His 2014 Marathi courtroom drama ‘Court’ was India’s official submission for the 88th Academy Awards and revealed the fault lines of the Indian legal system through the eyes of a folk singer. The film went on to win a bushel of awards at film festivals and now Tamhane is winning rave reviews and awards for his second directorial feature, ‘The Disciple’ which premiered at the 77th Venice International Film Festival. Once an investigative journalist, Tamhane brings the same hunger for the truth to his films and reveals reality without a single note of crassness. He is a master of nuance and contradictions and is on his way to becoming a cinematic legend.

Small towns have become a goldmine of inspiration for many directors in recent times but when Ashish Aryan directed ‘Kanpuriye’,  a tale of three dreamers (Aparshakti Khurana, Divyenndu, Harsh Mayar) trapped in harsh reality, he was channelling his own experiences. He grew up in Kanpur and wanted to portray the young whose dreams were fuelled by Hindi cinema but whose reality was common and ordinary. And yet, still, somehow their life went on. It is this resilience that Aryan wanted to capture in ‘Kanpuriye’  and he is relieved that makers like him can now tell “realistic” stories about characters who are closer to life than fantasy. He is among the new breed of directors who prefer to shoot their films in actual locations rather than studios and with actors who are not conventional stars and still find an audience.  As he said once, “Good content finds its viewership, be it in theatres or OTT platforms.”

Yoodlee production, ‘Chaman Bahaar’  demonstrates how a warped idea of masculinity and love can nearly destroy lives. Debutant director Apurva came upon the idea of the story in 2012 when  a friend from  Chhattisgarh shared how he would visit a colony especially to “check out a girl.” Similar tales from a time when small towns in India had not yet been exposed to first world influences, created a storyboard for ‘Chaman Bahaar’ where a local paan shopkeeper (played by Jitendra Kumar) begins to develop a one-sided passion for a rich schoolgirl (Ritika Badiani).  The dialect, locations and characters were true to the milieu and a lot of Apurva’s training to capture the essence of a place came from assisting veteran director Prakash Jha on his films ‘Aarakshan’ and ‘Rajneeti.’  As a director, Apurva creates characters who are grey, make bad choices and create unease among the audiences accustomed only to villains or heroes. But this kind of storytelling is here to stay because filmmakers like Apurva are increasing in number.