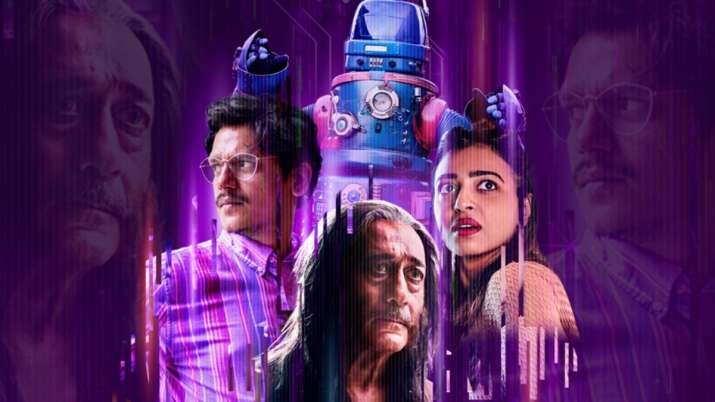 Creators Neil Pagedar and Pooja Shetty of the new sci-fi comedy series “OK Computer” feel it is time for us to become aware of how artificial intelligence is affecting life and lifestyle around us. The six-episode series that focuses on the battle between ideologies, is being directed by Anand Gandhi, along with Pooja and Neil. It was released on March 26 on Disney+ Hotstar. ‘OK Computer’ features Radhika Apte, Jackie Shroff, and Vijay Varma in pivotal role.

“If science and technology is moving so fast, how quickly should civilisation, laws, lifestyle and structure change and be aware of these things? This was what we wanted to do with the show. The central premise of the show is that if AI kills a human being, who is to blame? Our life is surrounded by Artificial Intelligence. What will you do if your phone kills someone? These are very important and pertinent questions,” said Shetty.

Can technology overpower human beings in future? “The question isn’t really how or when technology will overpower humankind, the questions is what humankind intends to do with that technology. In the hands of an oppressor, even the most positive technology can turn into a weapon. We need to ask ourselves very urgent and important questions about our own morality, our ideas of equity and equality and how technology would be distributed through humankind,” Pagedar replied.

The web series starring Vijay and Radhika features Jackie Shroff in a key role. Sharing her experience of directing Shroff, Shetty said: “Jackie has been truly a delight. He brought in so many nuances, ideas and quirks. Usually, directors have to take care of actors, but it turned out to be completely the opposite and he took care of us! He reassured us a lot, performed so well and he just got the vein of the character we wanted. Even when he was improvising, it was right in that character’s space and this is true for all the actors.”

The duo feels their show is meant to cater to all. “As a creator, I would say that it’s for everyone. It’s equally for an older generation as much as it is for younger people. When I was 12 or 13 and in school, I really sought a science fiction piece coming from India. So, certainly there is a great aspiration for youngsters, but it is made for everybody. The conversations coming out of the show are for us all,” said Pagedar.

“OK Computer” is written and produced by Anand Gandhi, who shot to fame directing the much-feted film “Ship Of Theseus”.