‘Om: The Battle Within’ teaser OUT 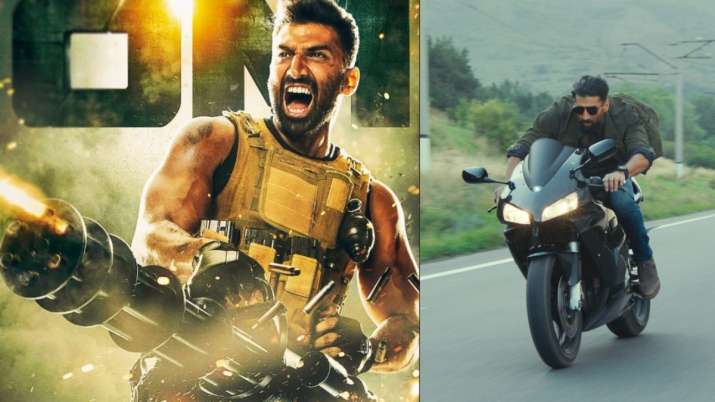 Bollywood actor Aditya Roy Kapur unveiled the power-packed first teaser of his upcoming film ‘Om: The Battle Within.’ Loaded with solid action sequences — relentless firing, killing, and bombarding, the teaser of the film is sure to raise the bar of action. Taking to his Instagram, Aditya shared the video and wrote, “Ek ladai ko jeetne ke liye usse kai baar ladna padta hai. #OMTeaser out now. #OM: The battle within-releasing on 1st July 2022.” And this is the first time that the actor has tried this genre. The nearly one-minute-long teaser is hands down heaven for action lovers. There are men flying, vehicles crashing, machine guns running, and a lot of muscles on display.

‘Om: The Battle Within’ teaser details

Apart from the action scenes, we understand that protagonist (Aditya) has forgotten his identity and he must fight a battle multiple times in order to solve the puzzle of his past. The teaser opens with a man saying in Hindi, “Who am I? I don’t remember anything,” followed by a child shouting ‘papa’ and  a man replying, “Run Rishi, run.” Some glimpses of a burning pyre can also been seen.

With stylized and high-octane action sequences, the movie has Aditya essaying the role of a soldier for the very first time. And the teaser gives us the first glimpse into the world of OM and his fights to save the nation, without giving away any other details.

Speaking about his shooting days and grueling workout regime, Aditya said, “It’s been an incredible journey, and it gives me great joy to share a glimpse of the film with all my fans. It’s an attempt that has been as rewarding as it has been challenging. All thanks to my director and producers for their support, I am sure the audiences are going to love all the elements of this wholesome entertainer.”

‘Om: The Battle Within’, which co-stars Sanjana Sanghi, is slated to release on July 1 and will clash with R Madhavan’s ‘Rocketry: The Nambi Effect’, which has been produced by ZEE Studios, Shaira Khan and Ahmed Khan.