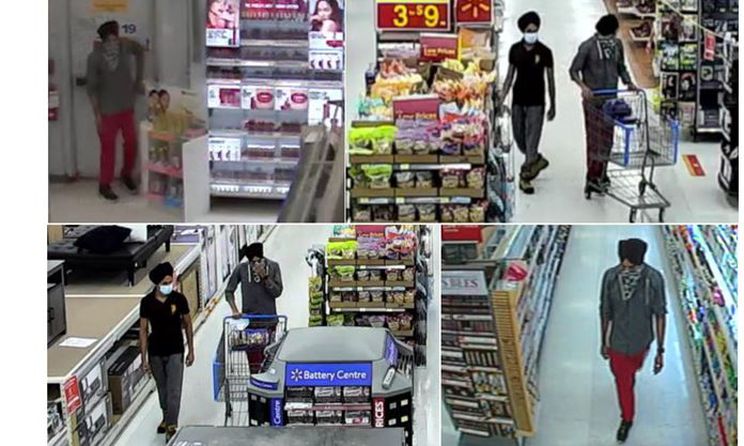 Dufferin OPP have released images of two suspects they believe are involved in a theft from Walmart Orangeville.

In a news release, police say the theft occurred on June 8 around 4:45 p.m. They were alerted that the shoplifting incident had just occurred and involved the theft of a quantity of cosmetics. The suspects had already fled the scene.

Police were able to obtain video surveillance of the suspects and are asking the public for assistance on identifying the two individuals.

The first suspect is described as a South Asian male with a slim build. He was wearing a black head covering, black and white handkerchief face covering, grey long sleeve shirt, red pants, and black shoes.

Police say the second suspect was also a South Asian male with a slim build. He was wearing a black head covering, blue surgical style mask, black short sleeved shirt with a ‘3’ on the right shoulder and a logo on the chest, dark pants, and tan and black boots.