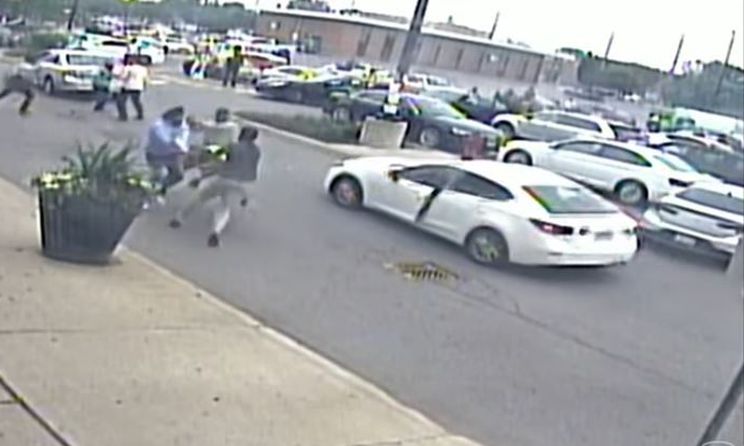 Peel Regional Police have identified two out of five suspects who are wanted following an alleged attack involving various weapons at a Mississauga mall in June.

On Sunday, June 27, police said three individuals were assaulted in an incident that was captured on video at Westwood Mall, 7205 Goreway Dr. in Malton.

It is alleged five parties exited a white Dodge Charger and assault the victims with cricket bats, baseball bats and pipes.

On Tuesday, Aug. 10, police said they have identified two of the suspects as 24-year-old Ayush Sharma and 23-year-old Harpreet Singh, both from Brampton. Warrants in the First have been issued for both suspects for assault with a weapon. Police are trying to identify the other three suspects believed to have been involved in the incident.