Priyanka Chopra first talked about the ‘panties should be seen’ incident at an event in 2018. 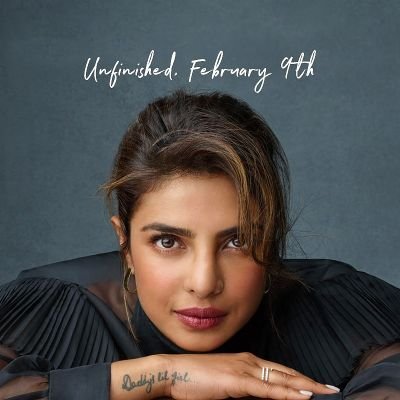 Priyanka Chopra first revealed ‘panties should be seen’ incident in 2018, said film was with a ‘ginormous Indian actor’

Priyanka Chopra, in her memoir Unfinished, recounted an unpleasant experience from the early days of her career when a director said that her ‘panties should be seen’ in a song to draw in the audience. She wrote that she quit the film the very next day.

At an event in 2018, Priyanka talked about the incident at length. She said that she was excited about the film because she was paired with a ‘really big, ginormous Indian actor’. She was supposed to play an escort and was also looking forward to bringing out the ‘human side’ of the character.

“Obviously, I played the escort in the movie, ’cause that’s what pretty girls do. I was supposed to be this escort and in the song, I was supposed to be seductive towards this guy. I was very excited. It was one of my first few movies with a really big, ginormous Indian actor and I was really excited about bringing in the human side of this escort,” she said at the Forbes Women’s Summit.

Before the song shoot, Priyanka asked the director to brief the stylist about her look. “I am standing right next to him, like behind him. He is sitting on his chair in a really entitled way, and then he takes the phone and goes, ‘Listen, people are going to come into the movies to watch her when she shows her panties. So it needs to be really short, so I can see her panties. You know those people sitting in the front? They should be able to see her panties.’ He said it four times and it is not even pretty in Hindi. It is worse. And I am 18-19 years old and I had shot two days for that movie, I remember,” she said.

Priyanka was disturbed by the tone of the director. When she went back home, she told her mother, Dr Madhu Chopra, that she cannot continue with the film because ‘if that is what he thinks of me, if that is how small I am, there is no space for growth’. Her mother supported her decision to walk out of the project.

“I had signed a contract and shot two days. The next day, we signed a cheque, which was more than my remuneration at this point of the two days of shoot, and I just walked out of the movie. Till date, I have never worked with him. He has come to me with three other movies,” Priyanka said, adding that this experience shaped her in a big way and she decided that how she will be perceived by her choices.

In Unfinished, Priyanka revealed that the director was extremely upset with her decision to quit the film and showed up on the sets of another film of hers in an ‘agitated’ state. Her co-star, Salman Khan, had to intervene.