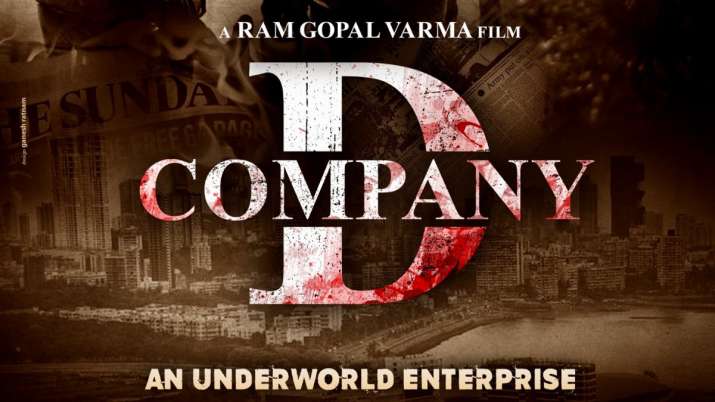 Filmmaker Ram Gopal Varma on Saturday shared the first look of his new film D Company, which he says will be the mother of all gangster films. With this project, RGV returns to his favourite genre in Indian film industry. Opening up abot the film, he said its his dream project. He also disclosed that ‘D Company’ is not just about Dawood Ibrahim but it’s about the various people who lived and died under its shadow.

“D COMPANY is going to be the MOTHER of all GANGSTER films because it will tell the story of the FATHER of GANGSTERISM whose name is DAWOOD IBRAHIM,” he tweeted.

RGV added “D Company is not just about Dawood Ibrahim but it’s about the various people who lived and died under its shadow..It is Produced by SPARK @SparkSagar1”

Sharing the film’s first look, he wrote: “Here’s A PEEK into D COMPANY First Look TEASER : The MAHABHARAT OF UNDERWORLD ..Produced by SPARK @SparkSagar1 it is going to tell the story of how DAWOOD IBRAHIM with his BILL GATES like vision,turned a street gang into an INTERNATIONAL ORGANISATION.”

Actor Riteish Deshmukh commented: “You are truly the master of this genre!!! Can’t wait Sir!!!!”

Following his previous film “Company”, which released in 2002, RGV has titled the upcoming movie “D Company”, which is based on on the Mumbai based-D Company, headed by Dawood Ibrahim Kaskar. Along with Dawood, the film will also features the tales of other gangsters who survived under the roof of D-Company.

The film will release in Hindi, Tamil, Telugu, Malayalam and Kannada.