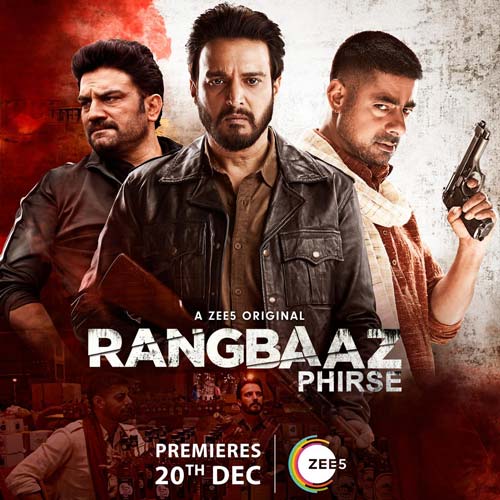 Rangbaaz Phirse, ZEE5’s marquee show from the successful franchise is at the brink of release. The nine-episode series is all set to premiere on ZEE5 on 20th December 2019.

The platform is ensuring they put all their might to promote the series and have now released an edgy poster which showcases the eclectic cast namely Jimmy Sheirgill, Sushant Singh and Sharad Kelkar. All the actors are all actively promoting the series and will also be visiting varies cities across India – Delhi, Amritsar, Chandigarh to name a few in next few days

Rangbaaz Phirse is a fast-paced, crime thriller. It is the story of a young guy who falls through the cracks because of politics and is robbed of his youth which subsequently ruins his life. It is about misguided manipulative youth. It highlights how an individual is #NotBornACriminal but becomes one because of the circumstances around him.