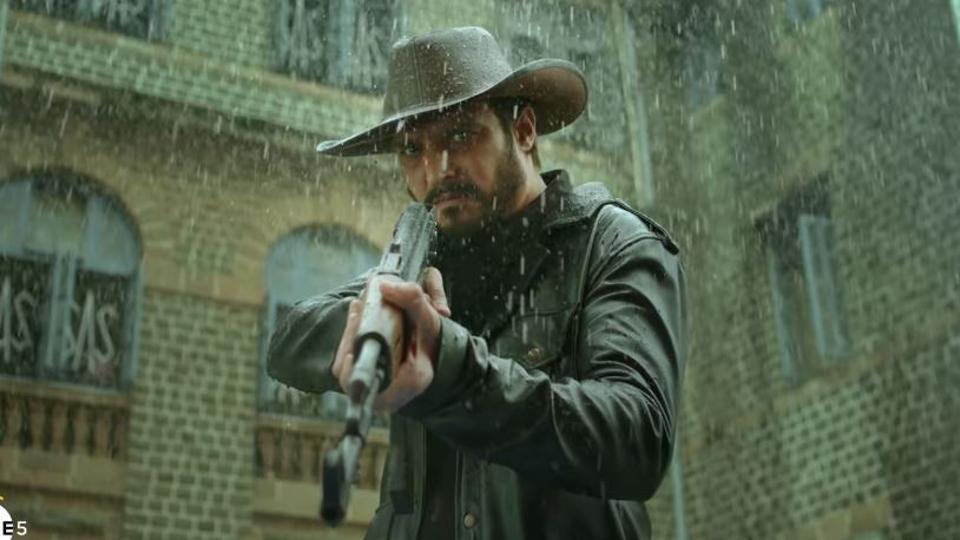 Rangbaaz Phirse: Jimmy Sheirgill sheds his romantic image to transform into a gangster.

This is the thing with gangster dramas – you always know the bad man will die in the end but you still wait in anticipation to watch it with your own eyes. And if you aren’t fond of flying bullets and background music rising in a tempo, your interest may soon die unceremoniously like the hundreds of goons hovering around their leaders in a gang war. But those who can’t have enough of the genre, Jimmy Sheirgill and Sharad Kelkar promise a taste of murky caste politics intertwined with crime in the second season of Rangbaaz Phirse on Zee5.

A biopic of a gangster Anandpal Singh aka Amarpal Singh (played by Jimmy Sheirgill), it is set in Nagaur, Rajasthan where old enmities and gang war combine to create a terrifying situation. A UPSC aspirant, a Rajput by caste, Amarpal leaves the righteous path after being falsely branded a criminal. But why do we mention his caste and not his age, religion or economic status? Because nothing divides and unites India like the deeply rooted caste system.

Knowledge can be power, even when you set up a criminal fiefdom. Amarpal and his Jat friend (Sushant Singh) pick one fight after another, destroying the empire of an established liquor mafia (Sharad Kelkar) and establishing their own. What follows is a gruesome tit-for-tat that takes lives on both sides but not before some interested bystanders, politicians and cops, served their own agendas.

As bodies pile up on both sides, it is established that be it police, politics or mafia, men can be easily sold and bought. IPS Sanjay Singh Meena (Zeeshan Ayyub) also enters the fray as the catalyst who changes the game.

The well-chosen cast ensures the show stays lively. Sushant’s sensitive act as Jimmy’s friend who doesn’t shy away from murdering politicians is powerful. Zeeshan impresses with his subtle persona as a cunning IPS officer who never drops a hint on whose side he is on. The way he adds a punch with his Hindi idioms further builds the mystery around his character.

Sharad Kelkar plays his negative character with ease. Spruha Joshi proves her potential as a Rajasthani housewife who will support her husband irrespective of him becoming an IPS or a criminal. Gul Panag too makes her presence felt in a small role.

Rangbaz Phirse is hard-hitting and drags attention to the rural heartlands plagued by ugly caste hierarchy, which defines a person’s life and the choices he makes. Amarpal’s realisation of how he accumulated wealth, respect and fear on one hand and lost his family, friends and home on the other makes you grieve for him.