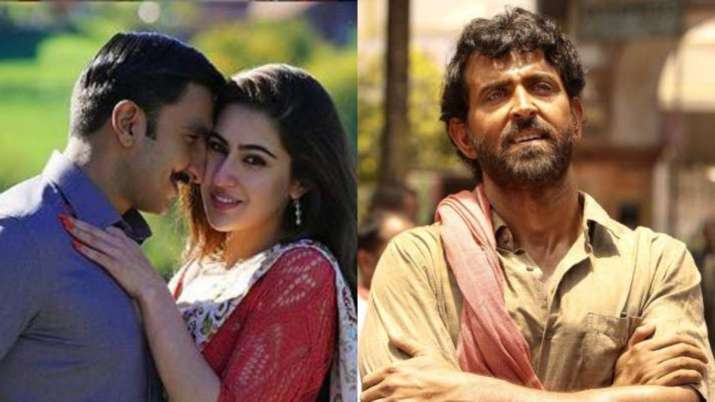 The Ranveer Singh and Sara Ali Khan-starrer Simmba and the Hritihik Roshan-starrer Super 30 have re-released in the US, as entertainment zones reopen in the country amid the ongoing Covid pandemic.

“‘Simmba’ is set to take USA on a roller coaster ride of Entertainment! Re-releasing in Regal Virginia Center and Regal Countryside, Virginia, USA from 28th August 2020,” read a post on the official Twitter account of Reliance Entertainment.

Another post read: “Haqdaars are geared up to inspire USA! #Super30 is re-releasing in Regal Virginia Center and Regal Countryside, Virginia, USA from 28th August 2020.”

In Rohit Shetty‘s “Simmba”, Ranveer is seen as a corrupt police officer who has a moral turnaround after a particular incident and becomes the saviour of justice. The film, co-starring Sara Ali Khan, opened on December 28 in 2018.

“Super 30”, directed by Vikas Bahl, is a biographical drama based on the life of mathematician Anand Kumar and his educational program Super 30. The film stars Hrithik Roshan as Anand Kumar.