Realistic and romantic! Disha Patani graces the digital cover of a leading Magzine 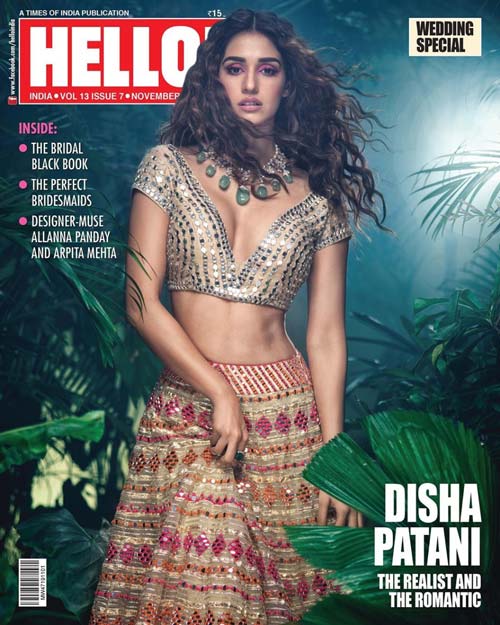 Realistic and romantic! Disha Patani graces the digital cover of a leading Magzine

Disha Patani is a star on the rise and recently she shot for Hello Magazine’s November issue. The digital cover for the magazine was released and we just cannot stay calm! The actress is creating waves with back to back announcements of her upcoming movies ‘KTina’ & ‘Radhe’.

Recently, the actress was on the cover of the November issue of the magazine and now there she has graced a special digital cover of Hello India for a wedding special.

On the work front, Disha Patani will be reuniting with the Dabangg actor as his leading lady in Radhe. The shoot begins today as the Salman Khan shared a team picture on his social media handle where we see Disha Patani standing next to him.

The actress is surely riding high on the multiple projects and this latest addition will surely mark one of the biggest films of her career as she plays the lead with Salman Khan. The actress will be seen in Malang and Ekta Kapoor’s ‘KTina’ and this latest and announcement Radhe.