Release back log, stale factor, revenue loss plague Bollywood: What lies ahead in the 2021 calendar? 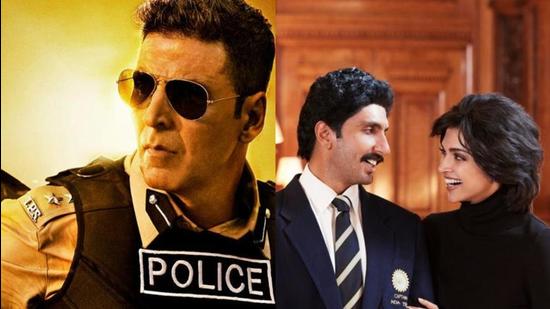 Pandemic related woes don’t seem to end for the film industry. Just when things were opening up with a barrage of films announcing their theatrical release, the second wave of Covid-19 hit, and once again led to curfews, restrictions , shutdown of cinemas and shoots. Obviously, there’s no clarity on the film releases, even those which are already delayed by a year.

“We don’t know how long the situation of curfews and partial lockdowns will continue. We don’t even know if there will be full-blown lockdowns. So everything is now in the back-burner. It is now a tailspin,” shares Shibasish Sarkar, Group CEO of Reliance Entertainment, which has films such as Sooryavanshi and ’83.

Noting how the plans for every filmmaker have gone for a toss, Sarkar adds, “This is exactly where we were last year at this time. Bollywood is a ₹18,000 crores industry, and that was until 2019. Last year, the business was wiped off by two third percentage. This year, too, there’s no scope for improvement given the situation. There was hope for revival in 2021. I don’t think any of us producers have really thought about the release schedule yet. But there surely will be a delay of three to four months. Now, the films which were to come in theatres from April onwards will be pushed to later half of the year, and the rest to 2022.”