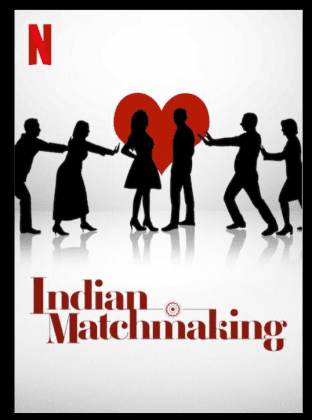 In the last year, Netflix has found great success with its love-and-relationships themed shows – think Dating Around, Say I Do and the Bollywood-infused What the Love! With Karan Johar. Now, it has decided to explore a new frontier, the holy grail of Indian courtship: weddings.

In Indian Matchmaking, we’re introduced to successful marriage consultant, Sima Taparia (or “Sima Taparia from Mumbai” as she repeatedly affirms). Each episode, she meets with a new client and compiles a list of their desired qualities in prospective spouses. She returns (after how long, we aren’t told) with ‘biodatas’ of candidates. One after another, she sends them on many first dates to eventually find ‘the one’.

Apart from arguable filters like height, weight, age, occupation, and family history, she takes into consideration personality traits like sense of humour and lifestyle. Her USP, though, seems to be emphasis on the whole family’s requirements of a future spouse. In her own words, “marriage is between two families” with “their reputations and millions of dollars at stake.”

In its nearly 40-minute episodes, Indian Matchmaking gives us a glimpse into the concept of arranged marriages. We see biodatas reminiscent of resumes and many awkward first dates as these young Indians delve into dating, some for the first time. ‘Sima aunty’ even drops terms like ‘good family’ and ‘good upbringing’ when describing her new clients. To many, this might sound dated (no pun intended). Unfortunately, it sets the tone for the whole season.

Primarily, Indian Matchmaking’s appeal lies in the clients seeking love. Many leave an impression, like single mother Rupam looking for a husband after a messy divorce and some condescension from her Sikh community. There’s also Akshay, a virtual man-child who is ‘strongly encouraged’ by his mother to find a bride. Perhaps most intriguing is Vyasar, a good-natured high school college counsellor raised by a single mother.

As a Netflix series, Indian Matchmaking boasts of the high production value and aesthetics that we’ve come to expect from the streaming giant. In terms of substance and overarching premise of arranged marriages, however, there’s something to be said. It falls somewhere between a docu-series and reality TV, but it accomplishes neither the depth nor drama needed to satisfy either audience.

Through a western lens, arranged marriages will come across as quirky, peculiar, or even archaic. Indian Matchmaking at least attempts to showcase different kinds of Indians who would seek arranged marriages, from independent working women to a more traditional joint family. For global appeal perhaps, they even throw NRIs from the US into the mix.

Indian Matchmaking, at its essence, has become popular for its sheer novelty. It’s a good-looking show, but it has many limitations. For one, it restricts its clientele to mostly affluent North Indians. Sima aunty, too, can be quite the acquired taste.

After finishing eight long episodes of dating mishaps and Sima aunty’s wisdom, many will be eagerly waiting for season 2 (myself included). But much of that comes from the love to hate it all.