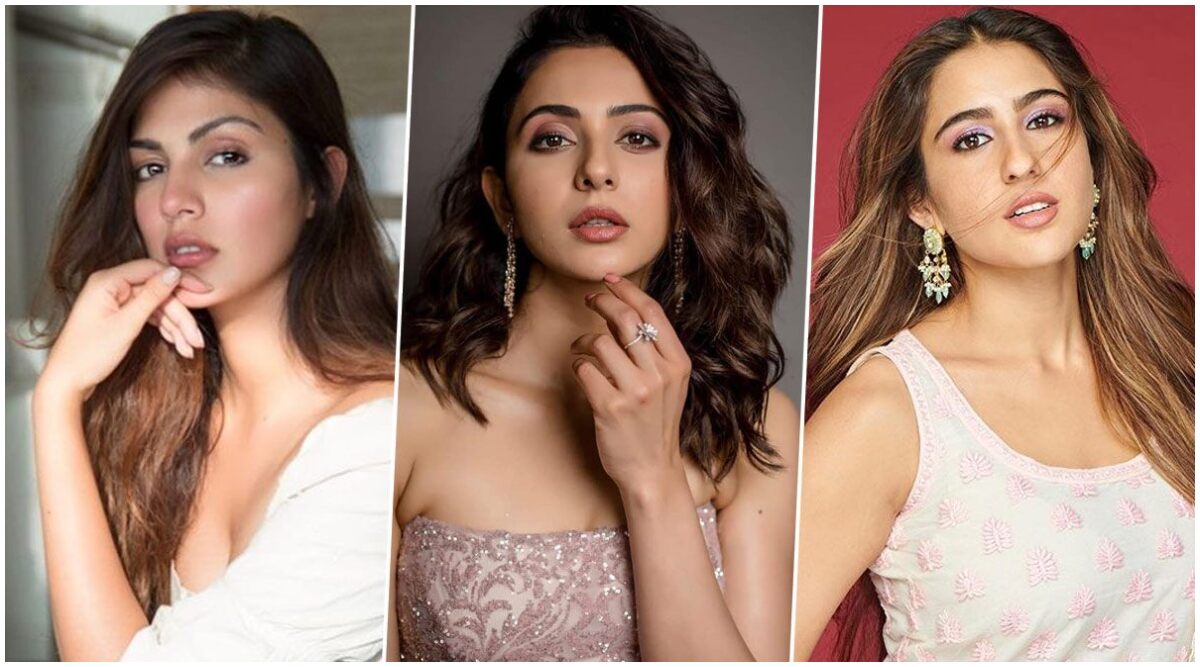 Actor Rhea Chakraborty, arrested by the Narcotics Control Bureau (NCB) in connection with its ongoing investigation into allegations of drug abuse and distribution in the case of Sushant Singh Rajput’s death, has named actors Sara Ali Khan and Rakul Preet Singh and designer Simone Khambatta in her statement, officials said on Monday.

KPS Malhotra, the agency’s deputy director, said their roles can’t be given right now and that NCB has not issued summons to them so far.

The agency had on Saturday conducted raids at multiple locations in Mumbai and Goa, arresting six more people as part of its probe into the case.

Bandra resident Karam Jeet Singh Anand, alias KJ, was brought in for questioning to the agency’s office in south Mumbai and later arrested. Officials have said Anand is part of the drug syndicate the agency had busted as part of its ongoing investigation.

NCB officers also arrested Dwayne Anthony Fernandes and two others from Dadar and after a raid in Powai, Ankush Arenja was arrested. Arenja used to receive contraband from Anand and supply it to arrested accused Anuj Keshwani, according to NCB. The agency also arrested Chris Costa from Goa in the same case.

So far, 16 people, including Rhea, have been arrested. The other arrested accused are members of Rajput’s household staff, Samuel Miranda and Dipesh Sawant; Rhea’s brother, Showik; and six alleged drug peddlers. Showik’s statement to NCB reportedly mentioned Anand as a “supplier”.

Chakraborty and Showik were on Friday remanded in judicial custody till September 22. Miranda, Sawant and alleged drug peddlers Zaid Vilatra and Abdel Basit Parihar are also in judicial custody. Keshwani was in NCB’s custody till Monday. Three others – Ebrahim, Karan Arora, Abbas Lakhani – were granted bail soon after their arrest.

Chakraborty has maintained she is innocent.

Chakraborty and Showik had said in their bail plea that they were unfairly charged under section 27A (financing illicit traffic and harbouring offenders) of the Narcotic Drugs and Psychotropic Substances (NDPS) Act. They said their alleged role in Rajput’s death is the same as Ebrahim’s who was granted bail within a day of his arrest.