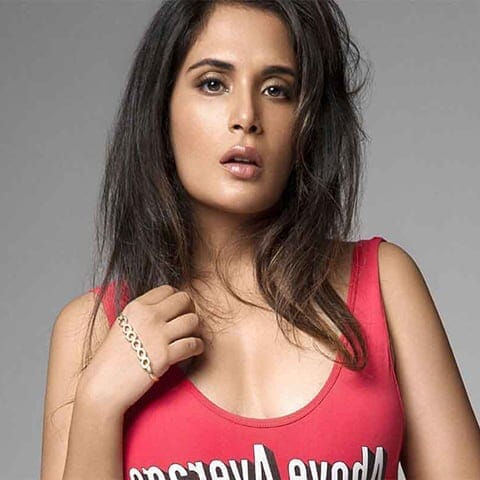 Richa Chadha has sent a legal notice to Payal Ghosh for ‘falsely (dragging)’ her name into her allegations of sexual assault against Anurag Kashyap. Richa said that she sent Payal a soft copy of the notice, after an attempt to deliver a hard copy to her residence failed.

“Update : soft copy of the legal notice was delivered to Ms.Ghosh this morning. My person went to hand deliver the hard copy of the notice to her residence, which she/representative has not accepted,” she wrote on Twitter.

Payal, who accused Anurag of sexual assault, claimed that he told her that female actors like Richa, Mahie Gill and Huma Qureshi would perform sexual favours for him and he expected the same from her. Both Anurag and Richa have denied the allegations and said they are taking a legal recourse. Richa’s lawyer issued a statement saying she would take legal action as her name was ‘unnecessarily and falsely dragged in a derogatory manner’ into the allegations.

Meanwhile, in an interview with Bollywood Hungama, Payal opened up about the legal notice sent to her by Richa. “That is not my version, that is what Anurag Kashyap told me. I said what he told me. I didn’t know him. I didn’t know the other girls. I don’t have any idea about the others. I didn’t even know them personally, so why should I take their name? Who are they? There is no question of anybody’s name from my side. It is him who told me,” she said.

Payal further said, “She (Richa Chadha) should go and ask Anurag Kashyap why did he take her name. Because I am a girl and I don’t have such influential support that doesn’t mean I am the one talking about everything and because he is influential and he has launched them he is very good. They themselves must be knowing from the heart what kind of person he is. And I don’t want to, that is their own experience. I have just shared my experience.”

On Monday, Richa released a statement issued by her lawyer which said, “Our Client ‘Ms. Richa Chadha’, condemns the act of her name being unnecessarily and falsely dragged in a derogatory manner into controversies and allegations being recently raised by third parties. Though our Client believes that genuinely wronged women should get justice at all costs, there are legislations that are intended to ensure that women have an equal standing in their workplace and to ensure that they have a cordial workplace in which their dignity and self-respect is protected.”

“No woman should misuse their liberties to harass other women with unsubstantiated or non-existent, false and baseless allegations. Our Client has initiated appropriate legal action and shall further pursue her legal rights and remedies in law as may be advised in her best interest. Sd/- Adv Saveena Bedi Sachar, Lawhive Associates,” the statement added.

Meanwhile, Anurag’s lawyer, Priyanka Khimani, said in a statement, “My client, Anurag Kashyap, has been deeply pained by the false allegations of sexual misconduct that have recently surfaced against him. These allegations are completely false, malicious and dishonest.”