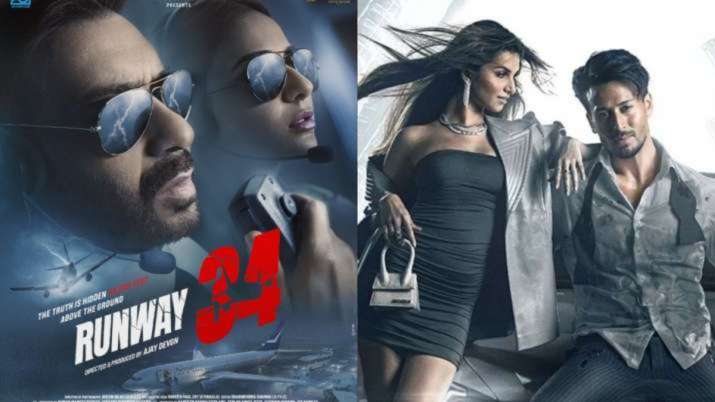 Runway 34, Heropanti 2 Box Office Collection: While Yash’s KGF: Chapter 2 continues breaking records at the box office, Ajay Devgn’s Runway 34 and Tiger Shroff’s Heropanti 2 have failed to impress the audience. Even an ensemble cast of Ajay Devgn,Amitabh, Boman Irani and Rakul Preet Singh couldn’t manage to hold the grip at the box office. On the other hand, Tiger Shroff and Tara Sutaria’s Heropanti 2 has also faced massive defeat at the ticket window. Both the films which were released on April 29, have been a disappointment for the audience. With a slight growth during the national holiday on Eid, both the films have again hit the rock bottom with major drops.

This week was the last opportunity for the two projects to showcase their magic since the upcoming weekend will witness the release of Doctor Strange which might also become moviegoers favourite after KGF: Chapter 2.

On its first day, Heropanti 2 earned as low as total of Rs 7.50 crore, following an even further drop. On day 6, it could only manage to earn in the range of Rs 2.15 to 2.30 crore. Hence, the total collection now stands at Rs 21.65 crore.  As per reports, Sajid Nadiadwala’s film is headed for Rs 25 crore on the opening week and with a lifetime total of less than Rs 30 crore.

Heropanti 2, on the other hand, also features Amrita Singh in crucial role. The action-thriller presents Tiger Shroff’s Babloo who will be seen locking horns with Nawazudin’s Laila in a bid to stop cyber crimes across the world.

It has been a little different for aviation thriller as it opened to a fairly low response at the box office but it improved gradually. Ajay Devgn directorial is expected to rake in around Rs 24 crore nett by the end of its opening week as it continues to struggle at the box office.  The five day collection of ‘Runway 34’ is Rs 18.85 crore, reports Boxofficeindia.