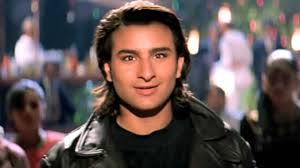 saif ali khan said that at one point in his career, he realised that ‘things aren’t really working’ for him, and decided to pick roles and projects that challenge him as an actor instead of ‘chasing money and stardom’. He feels that an actor needs to be unafraid of failure and ‘not be vain’ to just immerse themselves in a character.

In an interview with Film Companion, Saif said that he might have had doubts about his career in films not working out ‘after a couple of failures’. “You have to not be scared and you have to not be vain. You have to be really connected. Either that can come from a state of complete security or just that you have nothing to lose. It might have been a combination of both for me. I don’t know when it happened but at some point I realised that if this career is not going to work out, let it not work out. I made interesting choices, let me be a good actor and learn,” he said.

For Saif, pushing the envelope as an actor was more important than success. “I think there came a point where I said, ‘Listen, things aren’t really working, so let me just enjoy it, rather than chasing money and stardom by doing Love Aaj Kal 2 or whatever. Let me do Kaalakaandi and some fun things, and reinvent,’” he said. He added that once an actor gets to a point of not being scared of failure and agreeing to ‘look terrible’ because the role demands it or ‘disappear(ing) into the character’, they understand the meaning of the job and the freedom and joy that comes with it.