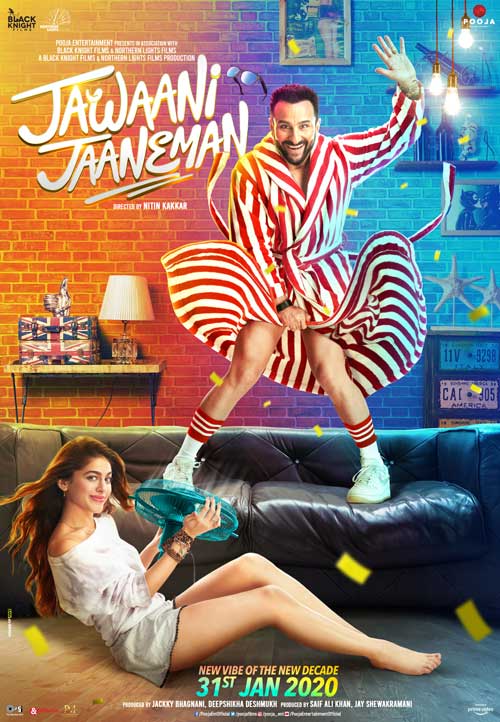 A new poster of Saif Ali Khan’s upcoming romantic-comedy film ‘Jawani Jaaneman’ has been released in which Saif Ali Khan van be seen a new interesting look. The poster features Saif Ali Khan and his leading lady Alaya F recreating the iconic Marilyn Monroe look with style in an all new way!

Saif is standing wearing a night gown on the couch with a big smile on his face in the poster and Alaya, sitting on the floor is holding a table fan in her hand perfectly recreating the iconic look of Marilyn Monroe. Alaya Furniturevala has shared this new poster from the film on Instagram a while ago. Have a look –

Jawaani Jaaneman is directed by Nitin Kakkar and along with Saif Ali Khan and Alaaya Furniturewala the film also stars Tabu, Kubra Sait, Chunky Panday, Kumud Mishra, and Ramit Sandhu in important roles and the trailer of the film will be released on January 9th. Jawaani Jaaneman is produced by Jackie Bhagnani, J Shevkarmani, Saif Ali Khan and Deepshikha Deshmukh and the film will be released on January 31st.