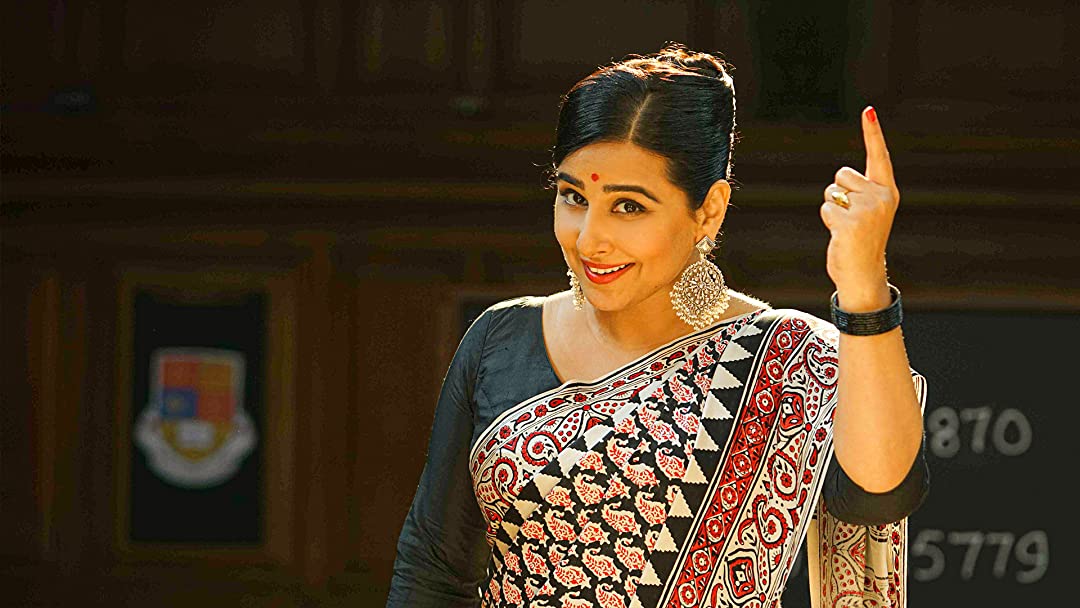 Swedish auteur Ingmar Bergman in his 1978 classic, Autumn Sonata, set up an enchanting conflict of emotions between a renowned classical pianist and her rather average daughter, who stifles beneath the fame of her illustrious mother. Many prolific filmmakers worldwide have used Bergman’s film as a textbook to explore themes around the relationship a famous mother may share with a daughter who yearns for a normal life. In India, random recall would bring back the late Bengali aesthete Rituparno Ghosh’s brilliant 1994 drama, “Unishe April” (19th April).

The idea is brought alive through a narrative that broadly unfolds through the eyes of Shakuntala’s daughter, Anupama Banerjee, which is why “Shakuntala Devi” is as much a biopic as it is a drama about a mother-daughter relationship.

The approach prevents “Shakuntala Devi” from becoming hagiography. The filmmaker scores with understated assurance while balancing the Human Computer and the human being.

But Menon’s ambition evidently extends beyond portraying Shakuntala Devi as a flawless genius and a flawed person, and that’s where the film fumbles. As the life story unfolds, assorted messages that this film wishes to convey make a beeline to be duly served — about the importance of empowering women, about the disturbing side of success, and about the need to understand human relationships above all else, just to name a few. To their credit, Menon and her co-writer Nayanika Mahtani have served every comment without being too loud about it, although the execution cannot escape a Bollywood touch.

The start of the film itself happens on a dramatic note, defining Vidya Balan’s Shakuntala Devi as an antithesis of everything that an ideal mother should be. Her daughter Anupama Banerjee (Sanya Malhotra) is a young entrepreneur on way to file a criminal case against the celebrity mother.

Before filling us with what the exact point of conflict between the mother and daughter is, the story rewinds all the way to Shakuntala’s childhood. In flashback, we see Shakuntala as a little girl who can solve complex equations in a jiffy. Her rapacious father (Prakash Belawadi) sees a money-making machine in the child. Forget school, he tells her, and draws up plans to use her skills to put up shows and get rich.

The early half of the film mostly is about capturing the young Shakuntala’s rise to fame in India and — after a fateful turn of events — in the UK, and is breezy in tone. She is a woman learning to live on her own, and on her own terms in a world and in an era where men struggle to fathom her.

The drama was obviously meant to start with Shakuntala marrying the IAS officer, Paritosh Banerjee (Jisshu Sengupta). After a while of happy marital bliss, during which Anupama is born, Paritosh’s tranquil life begins to hurt Shakuntala. She yearns to be back on tour, on the stage, and become the magician of numbers.

When Paritosh is happy to see her go on tours, Shakuntala has a new problem. She is too possessive about Anupama, and wants the child to travel with her on her endless tours. Paritosh insists their daughter should stay in India and have a proper education. Cracks in the relationship appear.

The second half is where motherhood, mathematics and marriage are set up as the three distinct emotions that rule Shakuntala’s mind in that order. This is where the drama really needed to sizzle, for the film to come alive. This is also where the narrative is let down by the writing.

Anu Menon and her creative team somehow cannot capture the complex conflicts that seem to define Shakuntala Devi’s mind, beneath the exterior of supreme confidence and success. She wouldn’t settle for being normal when she can always be amazing, Shakuntala replies when Anupama asks why she cannot be like other “normal” mothers. Yet, ironically, in the end, the story drives home how being a mother to Anupama meant everything for Shakuntala, even beyond her mathematics. The screenplay somehow fails to bring out that paradox. The outcome is the film starts looking like a regular mother-daughter melodrama after a point.

What could have been a great film ends up being watchable fare.

The film draws much of its watchability from its cast. Vidya Balan admirably balances Shakuntala’s transformation as the protagonist ages. She is feisty yet vulnerable as a young, fresh-off-the-boat girl in London, who can unapologetically carry on conversing with the ‘goras’ despite her broken English. She is the lively star of the party who sweeps the gentleman Paritosh off his feet with one love note on a piece of paper. She is the celebrity who can confidently declare her husband is gay because she needs the limelight to sell a book she has written on homosexuality. She is the mother who can drive her daughter to penury, to force her to come and live with her even after marriage. It takes an actor of Vidya Balan’s calibre to morph from one avatar of Shakuntala Devi to another.

The makers have assorted a great back-up team, too. The script finds the perfect support cast in Sanya Malhotra, Jisshu Sengupta and Amit Sadh (as Anupama’s husband Ajay). This isn’t a film with too many characters, so these actors, along with Vidya, had to be consistently good in every scene to prop the narrative. In that sense, the cast lives up to its billing.