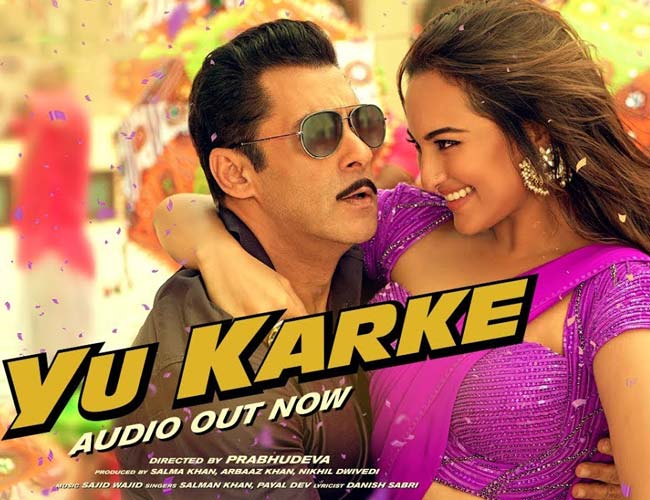 While the avatar of Salman Khan’s character Chulbul Pandey surely is a hit amongst the fans, the makers of Dabangg 3 are surely taking the entertainment and fun quotient really high with each outing. Another new thrilling song from the film, also being termed as the season’s most whacky and mischievous song ‘Yu Karke’ will be released tomorrow and well, the teaser of it is nothing less than a fun loaded roller coaster!

Bringing to us the tease and love game of Rajjo and Chulbul Pandey, Yu Karke surely looks promising with a dose of notoriety and classic chemistry that the franchise Dabangg gives away. With the teaser, the excitement of the audience is surely at its peak where we are all waiting for tomorrow to get a full groove-look at the ‘Yu Karke’ video song.

Earlier, the jukebox from Dabangg 3 was released with all the songs from the movie, adding to the humongous hype since the trailer was released. And now, the video will add another high note to all our excitement.

The much-awaited Dabangg 3 is directed by Prabhudeva and produced by Salma Khan, Arbaaz Khan and Nikhil Dwivedi under the banner of Salman Khan Films and is slated to release on 20th December, this year.