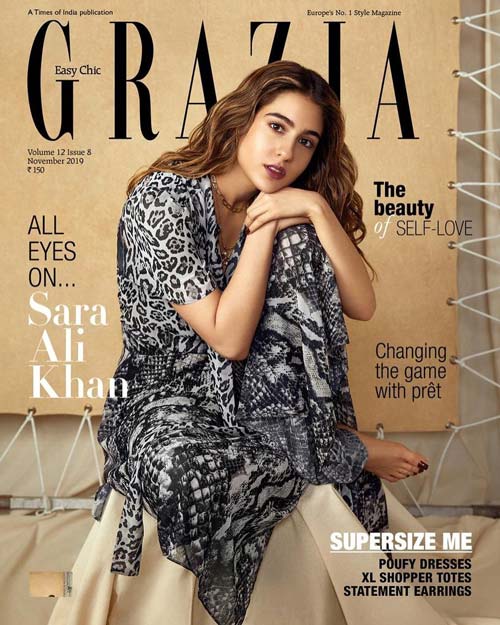 Bollywood’s buzz girl Sara Ali Khan is one of the most followed celebrities from her generation, the actress has a massive fan following and loved not only for her formidable acting skills but also her clothing choices.

The actress has often graced covers of leading magazines but even then, every time she brings something new to the table and leaves her fans wanting more.

The actress already has 11 brand endorsements in her kitty, with an estimated revenue of 30 crores this year alone and brands range from sports brands to jewelry brands which shows how versatile she is.

Further, the actress will be next seen in the recently announced Imtiaz Ali ‘s next alongside Kartik Aaryan and with Varun Dhawan in ‘Coolie No.1’, both of which are slated to release next year.