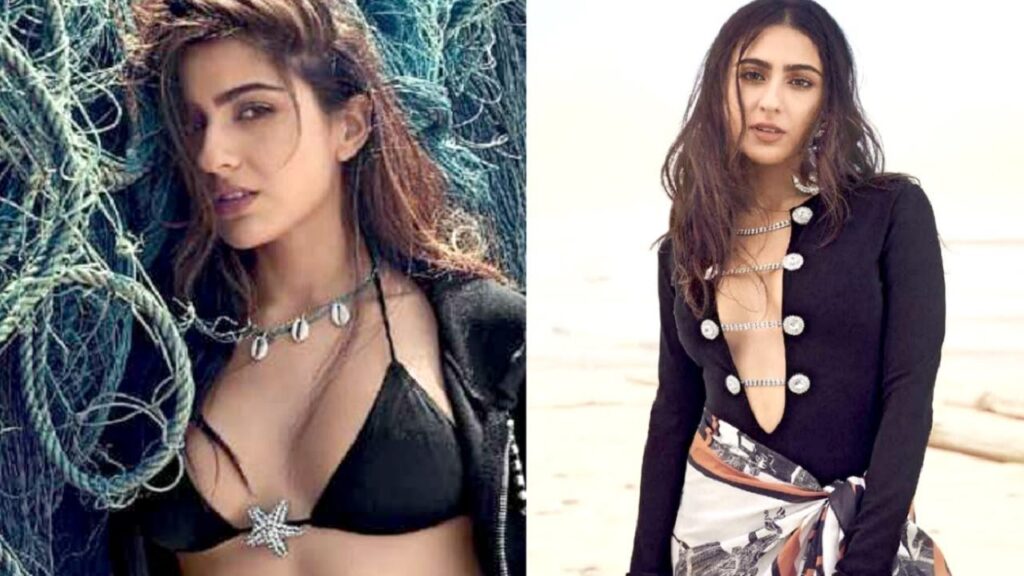 More than her screen time, being a part of a good story is a priority for actor Sara Ali Khan, who says she is not in the film industry to “compete” with her co-stars. Sara, daughter of actors Saif Ali Khan and Amrita Singh, made her debut with Abhishek Kapoor’s 2018 drama Kedarnath and followed it up with filmmaker Rohit Shetty’s cop comedy Simmba, co-starring Ranveer Singh.

The 25-year-old actor, whose last release was Imtiaz Ali’s romance drama Love Aaj Kal, is returning to the comedy genre with David Dhawan’s Coolie No 1, opposite Varun Dhawan. Women have successfully led comedies, with Hema Malini in Seeta Aur Geeta in 1972, Sridevi in the 1980s with Mr India and Chaalbaaz, Karisma Kapoor, Juhi Chawla and Raveena Tandon in several David Dhawan films across the 1990s.

Recent Hindi comedies, however, have had little to offer its female leads, with stories mostly revolving around the men, who drive the film and its humour. When asked what her experience – after featuring in two big-scale comedies – has taught her about the space for women in the genre, Sara said she doesn’t compare herself with her co-actors.

“When you’re working with people like Ranveer and Varun, aapki aukat nahin hoti (you are not in a position) to make such comparisons. You’re just thankful that people like Rohit, David sir, Ranveer or Varun are working with you. You just don’t want to compare these things.

“Screen time doesn’t matter because these people teach and inspire you so much. You are narrating a good story, entertaining people, so who cracked which joke is a battle I don’t want to get into,” she told PTI in an interview.

Khan further said she considers Simmba as much her film as it was Ranveer’s, despite the titular role belonging to the Gully Boy star. She said while working on a project, her only intention is to make a film better as a collaborative effort.

“You have to own whatever you do. I don’t think it’s about comparison, about women versus men, me versus Ranveer or Varun. It’s a collective experience and energy, which will reflect on a scene and only make the film better. My goal is just that. It won’t be good if I start competing with Ranveer or Varun.” An adaptation of the 1995 hit of the same name, which starred Govinda and Karisma Kapoor, Coolie No 1 is set to be released on Amazon Prime Video on December 25.

From her unmatched pairing with Govinda to her expressions, dance moves and comic timing, Karisma’s contribution to the success of Coolie No 1 is remembered even today. Sara said there was never a temptation to mimic Karisma, who memorably played Malti, a naive woman who is taken for a ride by Govinda’s Raju coolie, leading to chaos and comedy.

“I was more focused on being directed by David sir and enjoying the chemistry I shared with Varun. I am inspired by Karisma, as are most actors. She is an iconic star, the way she does masala (potboilers) I don’t think most people can. But I don’t think I can or did try to copy her.

“That’ll be stupid because I won’t be able to do any justice to that and that has not been our attempt either.” The actor said though the new film has a similar setting as that of the original, it is completely fresh in terms of its screenplay and dialogues.

Which is why, Sara said, both she and Varun didn’t attempt to copy Govinda or Karisma. “There will be moments where you’ll get flashes of the original but we aren’t trying to do a frame by frame copy. We are trying to bring some freshness.

“If Varun were to try and copy Govinda sir and if I were to mimic Karisma ma’am, you’d immediately lose that freshness. Instead of copying them, which isn’t possible, we have focused our energies in bringing something new to the table,” she added.

Talking about the release of Coolie No 1 on the streamer, the actor said catching the film on a digital platform like Amazon is the “safest way” to watch a movie amid the ongoing coronavirus pandemic. “When I see songs of the film, I feel this is a theatrical film, which means that you want everyone to watch the film together and have this collective viewing experience.

“The safest way to do that today is to watch films at home. I don’t want grandmothers or young children to miss out on watching the film, or have a fifty per cent occupancy (at a theatre). There’s nothing better than sitting at home on Christmas with your family and enjoying the film,” she added.