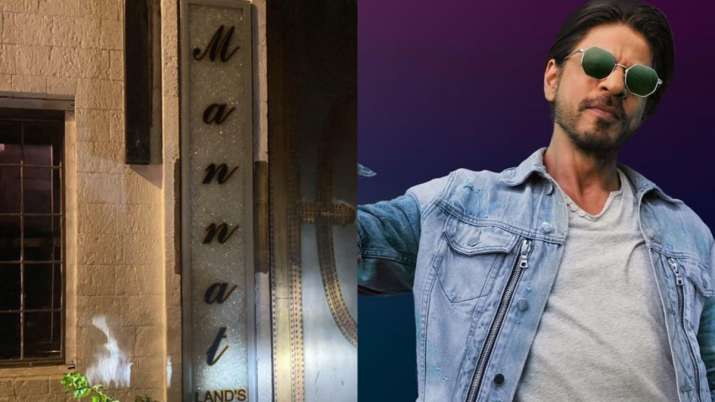 Paople who visit Mumbai like to pose outside Mannat, the residence of Bollywood star SRK and his wife Gauri Khan. Some of the recent images shared by the fans show that the ‘Mannat’ name plate has been replaced with a new design. Some of SRK’s fans also shared a series of throwback images which show how the ‘Mannat’ name plate looked like before the most recent makeover.

The new Mannat name plate is rectangular in shape and the inscription appears in vertical. Previously, the name plate had a more comapct form. One of the social media users wrote, “Yes this design will be forever iconic…i never thought that I would ever feel emotional about a nameplate.. I hv always dreamed of it standing next to it and click a pic…all my childhood… Bt never got the chance.. Now it’s gone so sad (sic).”

On the movies front, SRK has annouced two of his upcoming films in a matter of a couple of months. His action film Pathaan, co-starring Deepika and John Abrham will release on January 25, 2023. Siddharth Anand is directing it and it will be part of the YRF action universe, also comprising of War and Tiger franchise.

SRK has also announced his movie with director Rajkumar Hirani, titled Dunki. It will release on December 22, 2023. It co-stars Taapsee Pannu and has begun filming.