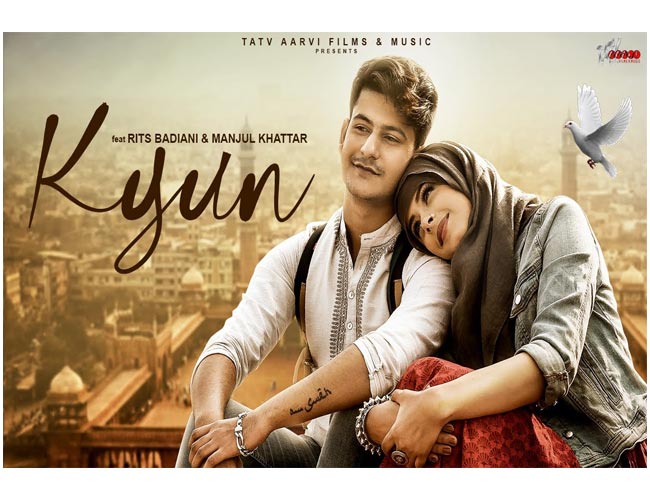 Shahid Mallya who has ruled many hearts with his song IK Kudi from Udta Punjab is now geared up with his new romantic song `KYUN`.

The music video KYUN is shot at different locations of Delhi and beautifully depicts the rich and varied culture of the historical city.

The story of the song portrays love between two young people, Rafia and Om who are from different religious communities. While Rafia is a girl full of Life, Om is a struggler writer. The love blossoms in beautiful streets of Delhi.

KYUN is a solid love story which also depicts the outlook of today’s Indians towards inter religion marriage. It also showcases love, respect, care and concern for each other. The video is directed by AAR- V. The audio of song is available on noted digital streaming platform like gaana, jio – saavn, spotify, apple music, hungama, etc.

Produced by Tatv Aarvi Films and Music, The Video is shot by Ashish Rai (DOP), whereas the casting is done Rajat Sharma and Himanshu Aggarwal. The line production is through DEVIL productions and Publicity design is done by Pratyush upadhyay of innocent virus film.