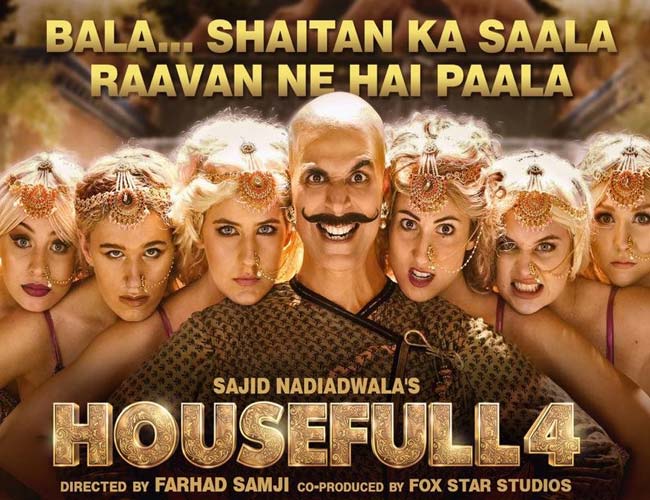 By Santa Banta News Network
The makers of Housefull 4 have released a new song from the film, which has been titled as Shaitan Ka Saala. Like the film, the song too is laughter riot.

In the song, Akshay who is playing the role of Bala from the 1419 era can be seen romancing with girls.

The video shows Akshay as the king dancing alongside a group of girls, singing about himself and hailing himself as the devil’s relative.

168 people are talking about this

Revolving around the theme of reincarnation, the film follows a non-linear narrative. It is slated to hit the big screens on October 25.