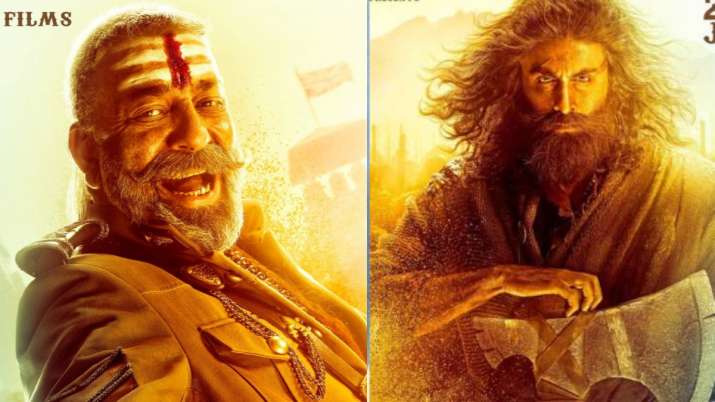 Featuring Ranbir Kapoor and Sanjay Dutt in the lead, the trailer of the much-awaited film Shamshera was shared by the makers on Friday. Dropping the trailer video, YRF wrote, “A father’s legacy. A son’s destiny. The legend of SHAMSHERA is here, watch the #ShamsheraTrailer NOW. Releasing in Hindi, Tamil & Telugu. Celebrate #Shamshera with #YRF50 only at a theatre near you on 22nd July.” While the teaser has already garnered positive response for fans and critics, the trailer looks even more promising and intense.

In the two-minute-fifty-nine-second trailer, we see Sanjay Dutt’s fierce avatar as Daroga Shuddh Singh. He is pitted against Ranbir Kapoor, who essays Shamshera. Loaded with action, drama, and dialogue, Ranbir’s Shamshera trailer has left fans asking for more.

Sanjay Dutt while expressing his excitement about the film, said,”I have seen Shamshera and I’m sure that it is a film that will connect to the whole of India. We are going to launch our trailer in multiple cities and we want to meet and connect to as many people as possible with our trailer. A film like this is an out an out entertainer and it celebrates everything that is good about the quintessential Hindi films we have all grown up on.”

Helmed by Karan Malhotra, ‘Shamshera’ is set in the fictitious city of Kaza, where a warrior tribe is imprisoned, enslaved and tortured by a ruthless authoritarian general Shudh Singh. This is the story of a man who became a slave, a slave who became a leader and then a legend for his tribe. He relentlessly fights for his tribe’s freedom and dignity. His name is Shamshera.

The film also starring Vaani Kapoor in a pivotal role, is all set to hit the big screens on July 22, 2022.