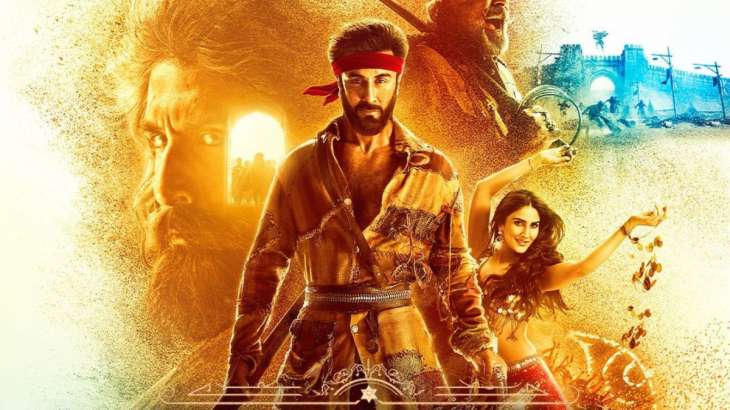 Shamshera movie is now available for streaming on Amazon Prime Video. The movie stars Ranbir Kapoor in a double role and also features Vaani Kapoor, Saurabh Shukla and Sanjay Dutt. Shamshera is a period action film set in the era of the British empire. The movie was released in cinema halls on July 22 and after the box office failure has recently debuted on OTT. As more viewers have been watching the film online since August 19, a major goof-up in one of the scenes has been spotted.

In a scene that featured in the climax of Shamshera, Ranbir Kapoor’s character Balli was busy fighting Shuddh Singh (Sanjay Dutt), and Vaani Kapoor as Sona was seen engaging in a sword fight while protecting a baby in her hand. However, netizens were quick to notice and point out that Vaani was holding a wrapped cloth in her arms and the makers did not even put a figurine inside the cloth for effect. The goof-up in the Shamshera scene quickly went viral on social media and netizens had a big laugh over it.

After the scene in Shamshera featuring Vaani Kapoor was spotted by the netizens, the fans shared their funny comments on it. One of the Twitter users said, “It is not a piece of cloth but a baby that is held close to #VaniKapoor. 200+cr budget film #Shamshera (sic).” Another one commented, “Great acting sequence. But let’s just assume that there is a baby in her hand (sic).”