“Pure beauty lies in being your unique self.”

Shehnaaz Gill looked charming in an off-shoulder gown as she shared pictures from her photoshoot with Dabboo Ratnani.

The popular actress’ vintage dress was from Nidhi Yasha and it featured dainty lace details and puff sleeves which fell off the shoulders, highlighting her figure.

The white details contrasted with the floral patterns of the dress, which featured green, blue, white and pink hues.

This was prominent all over the dress, which flowed down to her ankles.

Shehnaaz kept her jewellery to a minimum, opting to just wear a standout black choker from jewellery company Curio Cottage.

The choker featured gold and silver details, ensuring that it made a statement. 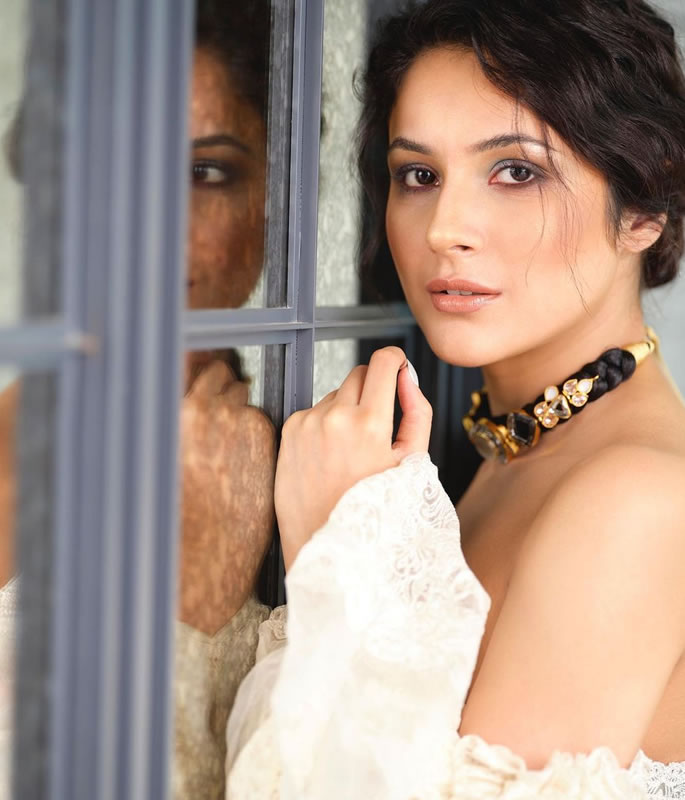 Shehnaaz carried the vintage look with confidence as she posed for the camera.

Her styling was also on point, having her hair done in a bun.

Shehnaaz’s makeup was done in warm neutral shades while her eyes stood out thanks to the inclusion of light blue eyeshadow.

The pictures went viral and fans could not help but praise Shehnaaz’s look in the comments section.

Many called her a “queen” while others posted heart and fire emojis. 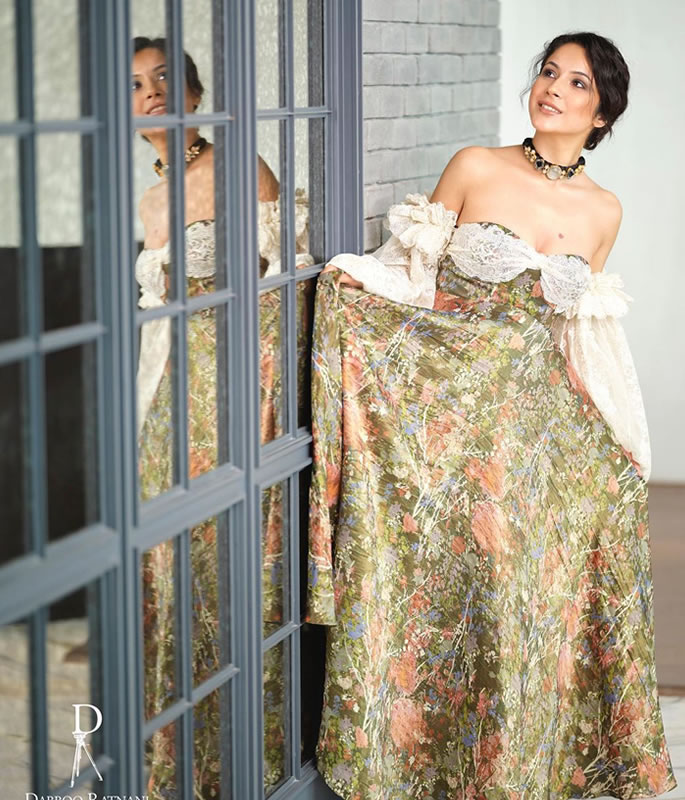 The famed photographer also shared pictures from the photoshoot and wrote:

“Pure beauty lies in being your unique self.” 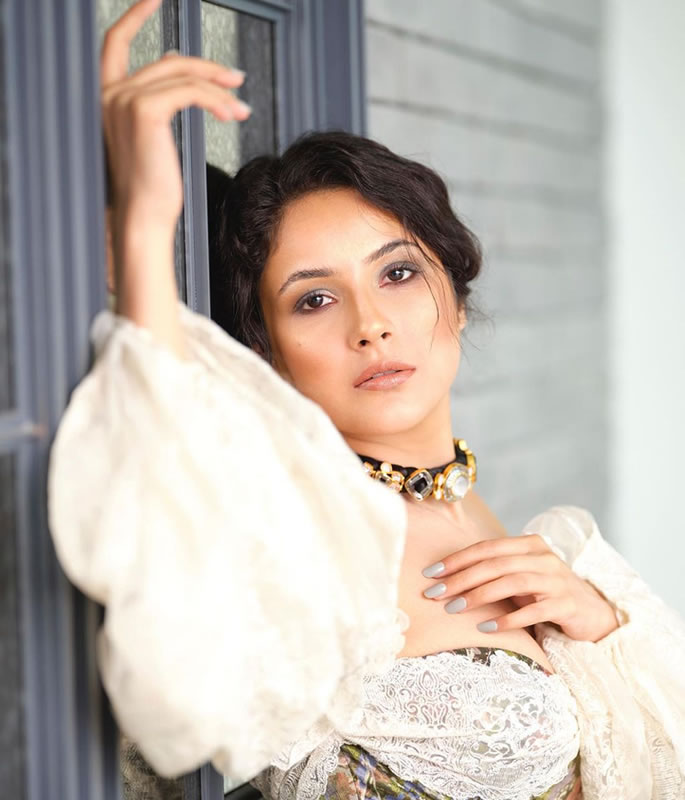 In that shoot, she wore a semi-sheer top that dazzled with blue sequins.

Shehnaaz accessorised her outfit with a colourful paisley-patterned headscarf tied up around her hair, which was styled by celebrity hairdresser Daksh. 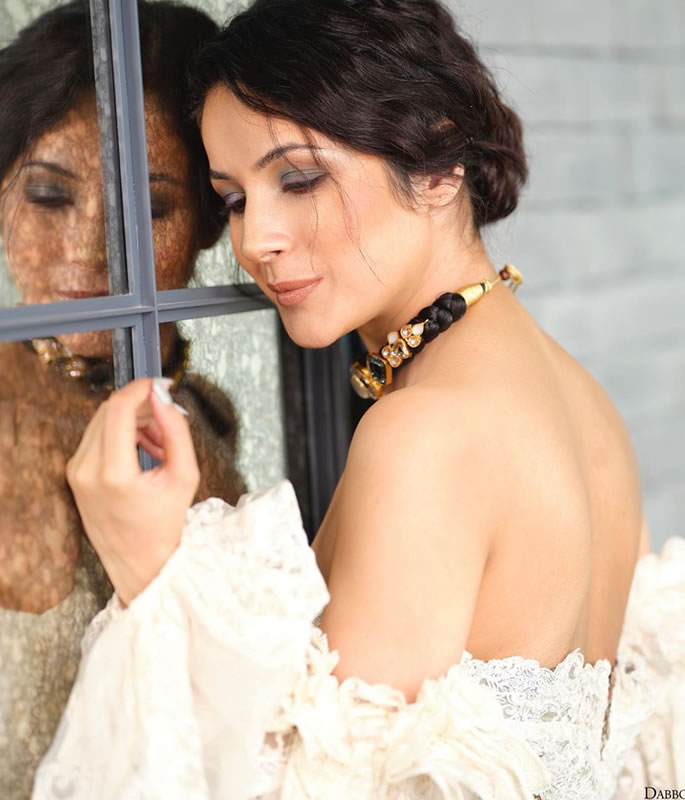 Her makeup was kept simple to keep in line with her retro look. She opted for pink lipgloss and subtle eye shadow.

On the work front, Shehnaaz is set to make her Bollywood debut in Salman Khan’s Kabhi Eid Kabhi Diwali.

The film is expected to release in December 2022. 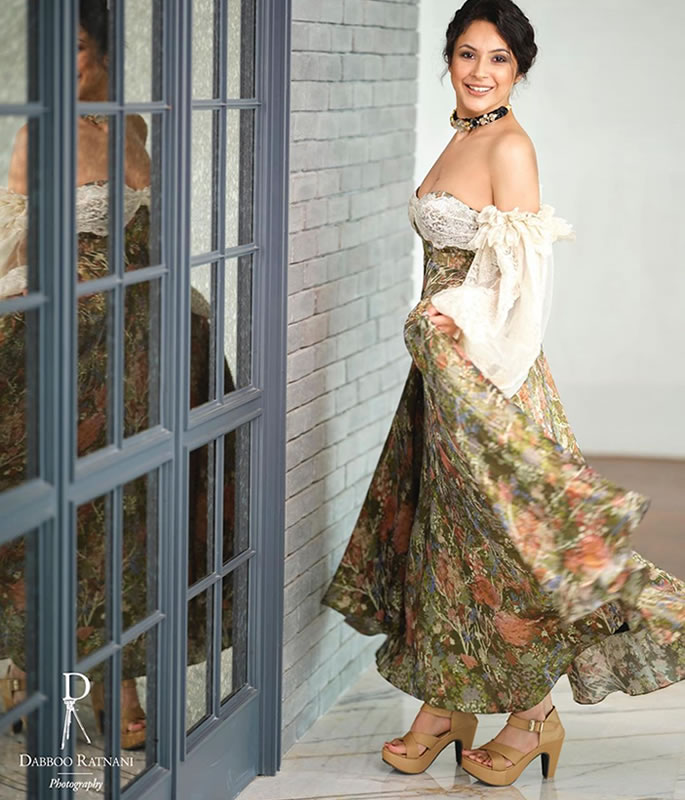 Details about her second Bollywood film have also been speculated on. It is believed that Shehnaaz has signed to be in Rhea Kapoor’s next film.

The film will also feature Anil Kapoor and Bhumi Pednekar.

A source close to the project said:

“The film is slated to go on floors by the end of this month. It will see Shehnaaz in a different avatar.”