Shehnaaz never fails to keep up and update her audience with ongoing fashion trends.

Manish Malhotra’s white saree that was worn by Shehnaaz Gill is all about chikankari, glamour, shimmer and feathers.

Shehnaaz Gill teamed up her look with dewy makeup and minimal Kundan jewellery. Her hair was swept at the back in a sleek open hairstyle.

The Filmfare Awards 2022 was big not just for the film industry but for obvious reasons also happens to be one of fashion’s biggest nights.

It may be a trend that’s been around for a while now but it is here to stay. Shehnaaz Gill’s version of the festive season is incomplete without one too.

Meanwhile, Shehnaaz Gill has announced her second Bollywood film, 100%, and shared the first poster of the upcoming film.

Taking to Instagram, Shehnaaz posted a video and revealed that the film will release in theatres next year. 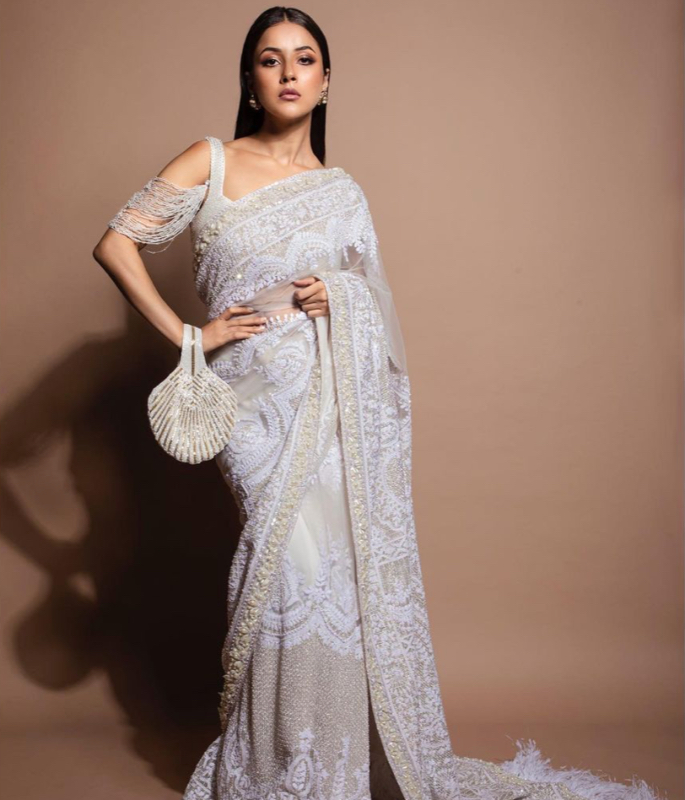