Sherni Trailer out: Vidya Balan is force to reckon with in world of man-animal conflict 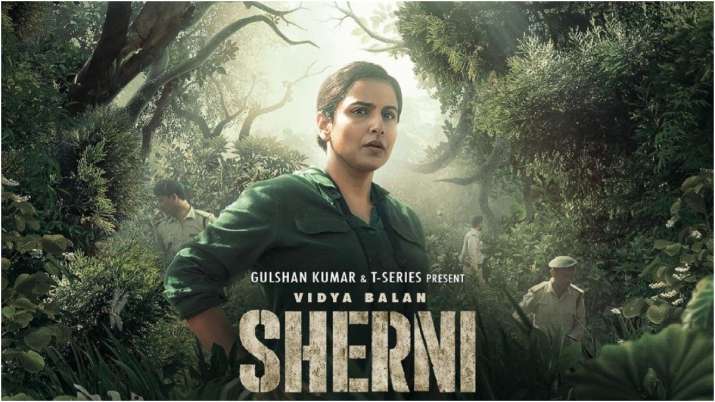 After the captivating teaser last week, the trailer of Vidya Balan’s next – Sherni was dropped today. As fans are waiting to see Vidya’s performance after almost a year, the makers decided to share a glimpse of it much sooner than we expected. Directed by Amit Masurkar of Newton fame, the film will premiere on Amazon Prime Video. With Vidya Balan in the lead, Sherni is a fictional story that takes us through the journey of a forest officer who strives for balance in a world of man-animal conflict.

In the trailer, Vidya is seen struggling to find space as she tried to break stereotypes. She finds herself in the middle of people saying things like ‘they’ve sent a woman to handle things’. She a forest officer who’s looking after the case of a missing tiger. She has to stand her ground in the male-dominated department and fight her way to make others listen to her argument. But when she makes a sarcastic comment with a straight face, they have nooption but to pay attention to her.  Watch the trailer here:

Sharing her excitement on the trailer launch, Vidya Balan said, “Ever since I first heard the story of Sherni, I found the world fascinating and so far removed from my own. Also the character I play, Vidya is a woman of few words but many dimensions. The film deals with a sensitive topic that touches upon respect, mutual understanding, and co-existence, not just between man-animal, but between humans as well. It gives me immense joy to bring this unique character and story to the global audience through Amazon Prime Video and hope to engage them in unexpected ways.”

Ahead of the trailer, Vidya treated her fans to some splendid posters and teaser of Sherni.