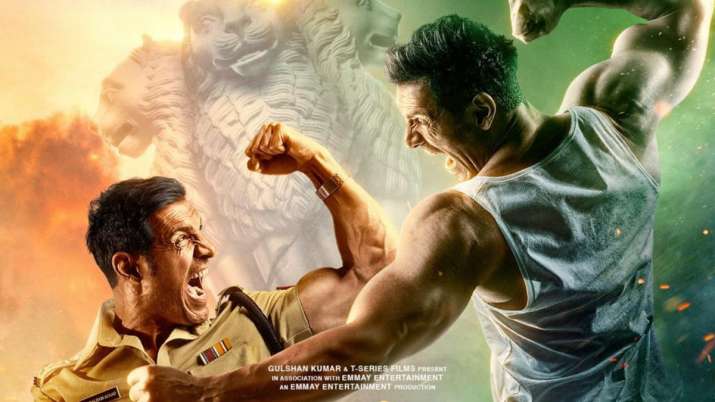 In April, the makers of ‘Satyameva Jayate 2’ had announced that the release of the film will be postponed due to COVID concerns. The movie was earlier slated to lock horns with ‘Radhe: Your Most Wanted Bhai’ on May 13

Bollywood actor John Abraham’s ‘Satyameva Jayate 2’, in which the star will be playing a double role for the first time, has completed its shooting schedule and now post-production work for the film is in progress. Indian film critic and trade analyst Taran Adarsh, on Saturday, confirmed the news on his Twitter handle by writing, “#FactCheck… #SatyamevaJayate2 – starring #JohnAbraham in his first-ever double role – was initially supposed to release on #Eid2021.”

In April, the makers of ‘Satyameva Jayate 2’ had announced that the release of the film will be postponed due to COVID concerns. The movie was earlier slated to lock horns with ‘Radhe: Your Most Wanted Bhai’ on May 13.

Announcing the news, the makers had shared a statement that read, “In these unprecedented times, nothing matters more than the safety and health of our countrymen and patrons. Our film ‘Satyameva Jayate 2’ will now release at a later date. Till then let’s keep our masks on and do our best to keep our loved ones and ourselves out of harm’s way. Jai Hind.”

Directed by Milap Zaveri, the upcoming movie also features actors Manoj Bajpayee, Divya Khosla Kumar, and Amyra Dastur. The action drama will be bankrolled by Bhushan Kumar, Krishan Kumar, Monisha Advani, Madhu Bhojwani, and Nikkhil Advani. The film that will feature John in a dual avatar -as a police officer and as a common man, went on floors on September 20, 2019.

Like the first installment, ‘Satyameva Jayate 2’, a standalone sequel, will also focus on the fight against injustice and misuse of power. ‘Satyameva Jayate’, which released in 2018, became a major hit, making it Milap and John’s second-biggest box office success. The 2018 cop drama also featured Manoj Bajpayee in a pivotal role.

The first film narrated the story of a cop (Bajpayee), who has been given the task to catch a person named Vir (John), who is on a spree of killing corrupt police officers. Both Bajpayee and John fight for the same reason but they are divided by the law. The first installment directed by Milap, released on August 15, alongsideAkshay Kumar’s ‘Gold’.