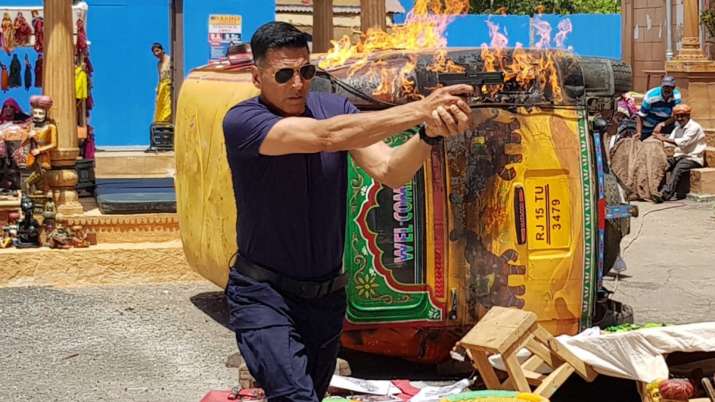 directorial ‘Sooryavanshi’, starring Akshay and Katrina blasted the box office as it entered the Rs 100 crore club in one week of its release. The performances swept everyone off their feet and the numbers are proof enough. However, now the box office collection has slowed down a bit on the first day of its second week. The film minted around ₹7 crore on its second Friday, taking its approximate total to ₹127 crore. According to a report in Boxofficeindia.com, Sooryavanshi held firm on day eight with collections set to be in the ₹6.75-7 crore net region.

“The drop is looking to be in the 15-20% range which is very good and the film will have chances of a double digit number on Saturday,” BOI said.

“This will take the business of the film to around 127 crore nett and the 150 crore nett mark will have a chance to be crossed at the end of the second but it will depend on the growth over the weekend. The film continues its extraordinary run in Mumbai and collections will be around the 55 crore nett mark and it seems on course for a 75 crore nett plus figure,” the report added.

Meanwhile, the cop drama was originally slated to release on March 24 last year but was delayed due to the COVID-19 pandemic, which led to the shutting down of cinema halls. In ‘Sooryavanshi’ Akshay portrays the role of a DSP who fights crime. Katrina plays the role of Akshay’s love interest in the film. The movie also features special cameos by Ajay Devgn (Singham) and Ranveer singh (Simmba).

‘Sooryavanshi’ is a continuation of the cop action ‘Singham’ universe, which began with the Ajay Devgn starrer ‘Singam’ and ‘Singham Returns’, then expanded with ‘Simmba’, starring Ranveer Singh and Devgn, and now is going forward with Akshay Kumar’s character.