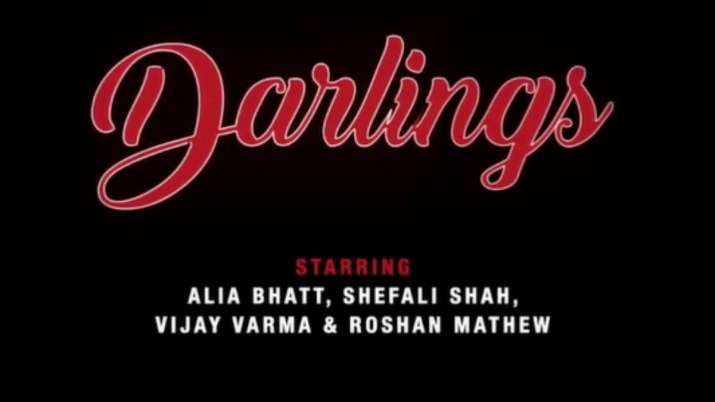 “I am really excited to be part of Darlings; it’s a powerful story with a lot of humour and doses of dark comedy. I am thrilled to have Darlings as my first film as producer, that too in collaboration with my favourite, Shah Rukh Khan and Red Chillies,” Alia says.

SRK announced the same in an Instagram post and wrote, “Life is tough Darlings, but so are you….both! Unleashing our Darlings onto the world….Caution is advisable. PS : yeh comedy thodi dark hai… #Darlings presented by @redchilliesent, in association with @eternalsunshineproduction, starring @aliaabhatt, @shefalishahofficial, @itsvijayvarma and @roshan.matthew. Directed by @jasmeet_k_reen and produced by @gaurikhan, @aliaabhatt & @_gauravverma.”

“Darlings” is also director Jasmeet K Reen’s first venture. “With the brilliant Alia and Shefali portraying the mother-daughter duo, along with exceptionally talented Vijay (Varma) and Roshan (Mathew) we have a dream cast and the perfect ‘partners in crime’ if I can call them that. We couldn’t have asked for anything more and now I can’t wait to get on the floor!,” says Jasmeet, who has also written the film along with Parveez Sheikh.\

Meanwhile, Alia posted her company’s logo on Instagram along with the official announcement. “And I am so happy to announce… PRODUCTION! Eternal Sunshine Productions. Let us tell you tales. Happy tales. Warm and fuzzy tales.  Real tales.  Timeless tales,” she wrote on Sunday night.

The film is a dark comedy set against a lower middle class neighbourhood in Mumbai. The story follows the lives of a mother-daughter duo as they navigate through crazy circumstances.