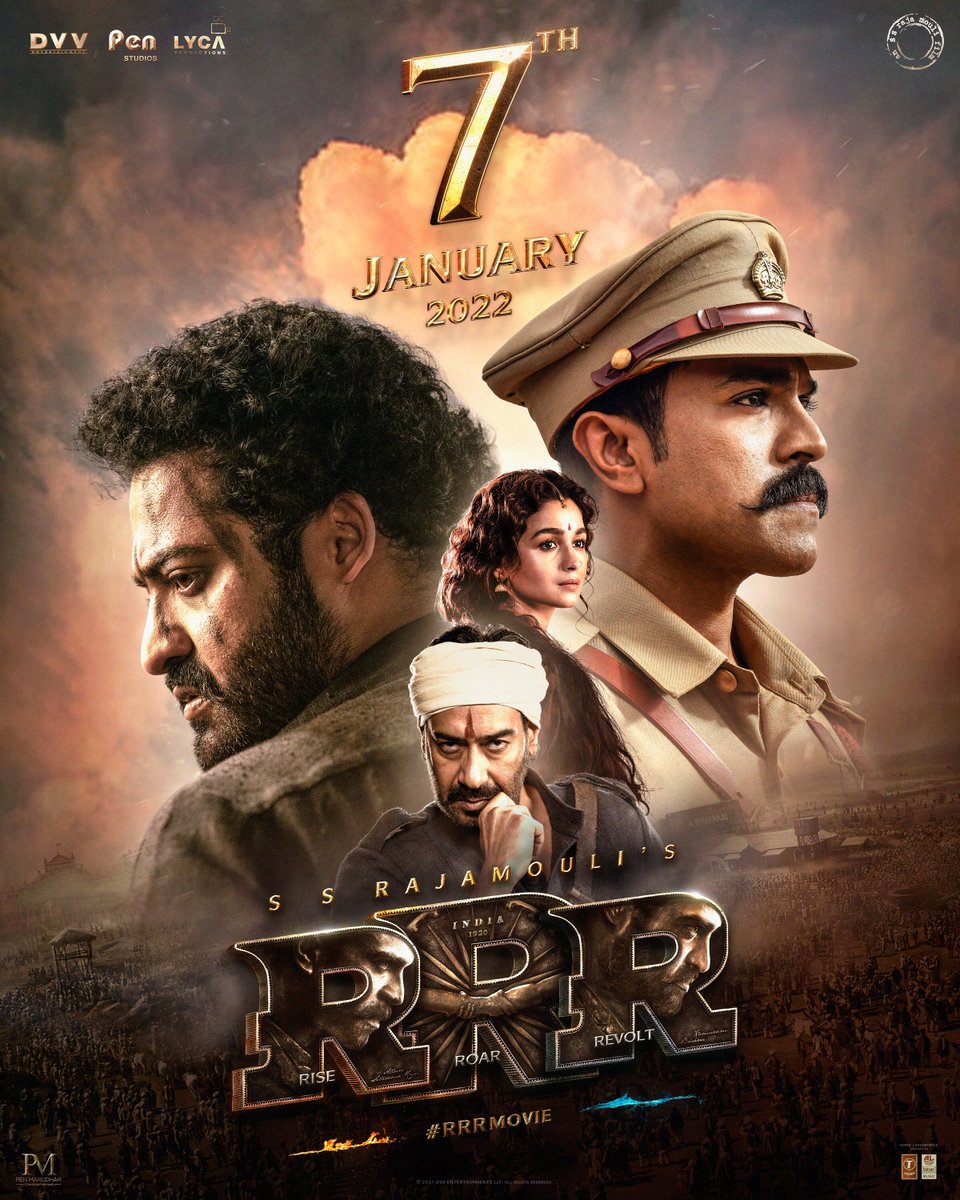 Director SS Rajamouli’s much-awaited period action film “Rise Roar Revolt” (“RRR”) will now hit the screens on January 7 next year, the makers announced on Saturday. Headlined by south stars – Ram Charan and N T Rama Rao Jr, the Telugu-language film is a fictional tale based on the lives of two freedom fighters in the early 20th century — Alluri Sitarama Raju (Charan) and Kumram Bheem (NTR Jr). The new release date was announced on the official Twitter account of “RRR” film, alongside the latest poster from the movie featuring Charan, NTR Jr and Bollywood stars Ajay Devgn and Alia bhatt, who play a pivotal role in the movie.

The cast of “RRR” too shared the release date of the movie on the microblogging site.

The film, produced by DVV Entertainments, was originally scheduled to come out in October but was delayed due to the coronavirus pandemic. It was earlier scheduled to hit the screens in July this year but got postponed to October 13, 2021. The film has music by MM Keeravani and cinematography by KK Senthil Kumar. A Sreekar Prasad was on board as the editor for the project.

RRR went on floor in November 2018 and this Rajamouli’s first project after delivering the mega-hit of Baahubali series. The film is expected to hit in over 10 different languages. The film also stars Olivia Morris and Thor star Ray Stevenson. RRR is set to be one of the most expensive films made in India and is budgeted at almost Rs 400 crore.