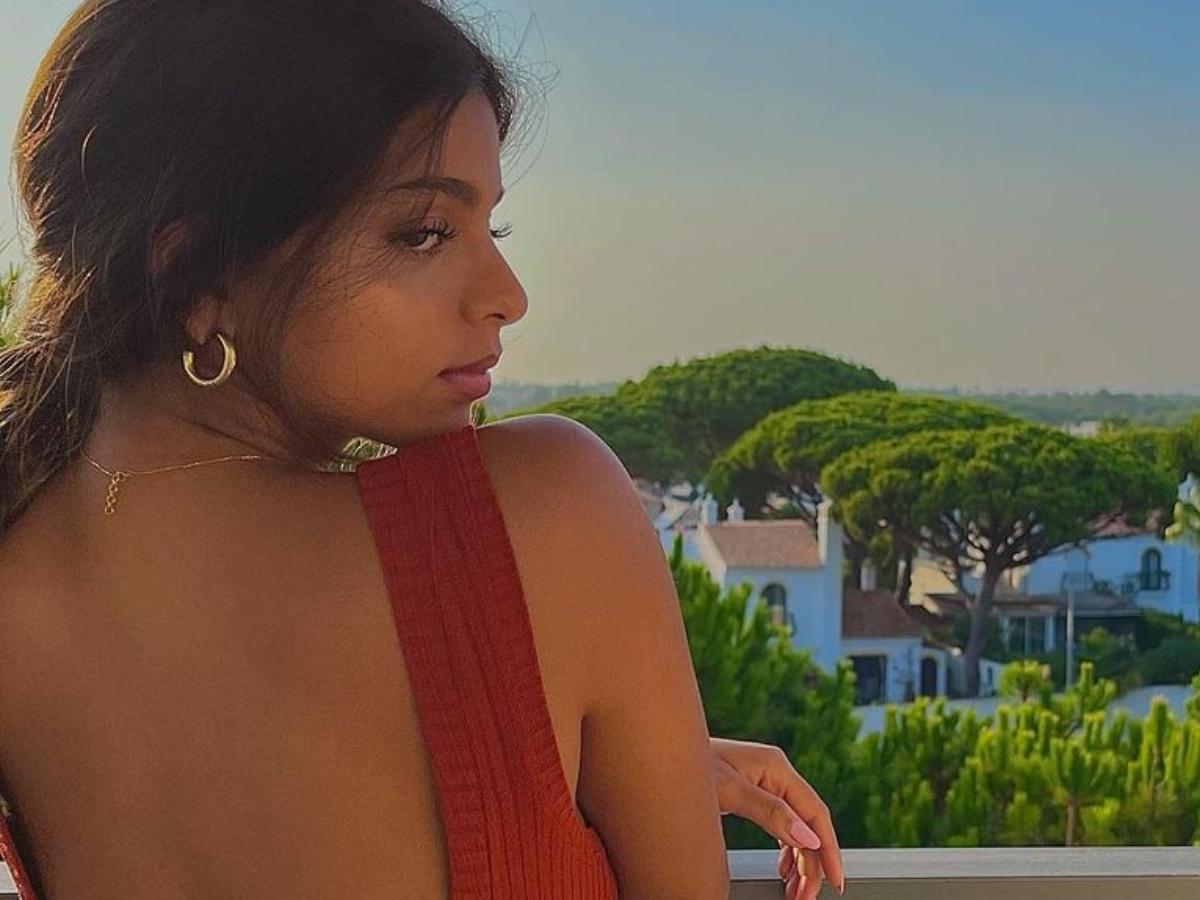 khan’s daughter suhana shared another batch of pictures from a golden hour photoshoot. In the new pictures, Suhana is posing in a red dress with a deep back.

Suhana has her hair tied in a ponytail and is wearing thick golden hoop earrings. She is also wearing a golden necklace and posing in the glow of the golden hour. In front of her are a few houses, surrounded by lush green trees.

Suhana did not disclose where the pictures were taken. Last week, she was in Portugal and shared photos from a photo session next to a lake. Before that, Suhana was in Belgrade with her mother, film producer-interior designer Gauri Khan.