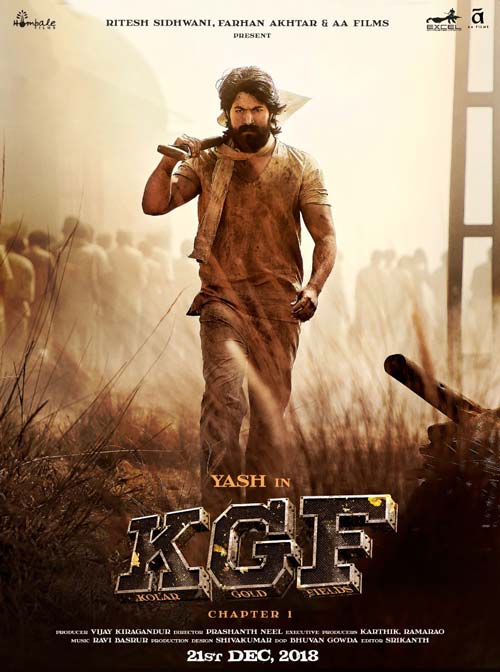 Navigating an Era of glorious upheaval, superstar Yash has proved time and again that he is more than capable to keep the masses interested in his every move. His phenomenal acting skills and his powerful onscreen presence have won him huge fans all across the world and ever since the release of KGF- Chapter 1 his popularity has shown an upward trend.

At his stature, he inspires us and shines larger than life above and around us. KGF- Chapter 1 starring Yash went on to become the only movie to enter 100 crore club in Karnataka and broke the record set by Baahubali 2 there. KGF collected more than 136.5 crores whereas Baahubali’s Karatnaka numbers were only 129 crores.

The movie did exceptionally well in other parts of the nation too. Yash who is busy shooting for the second installment of the movie has witnessed immense love and appreciation from people around and the response has been overwhelming for the star.

The movie not only created history on the big screen but also garnered maximum TRP’s during its satellite premiere. No other individual put their own individual stamp on the masses last year as Yash did. He has proven that he can win over a massive following his own way and lead to the success of the projects.

There is no question that Yash is building an impressive filmography and making himself a household name in the process. We can’t wait to see where he takes KGF in chapter 2 of the movie. as he is poised to win more fans in the process