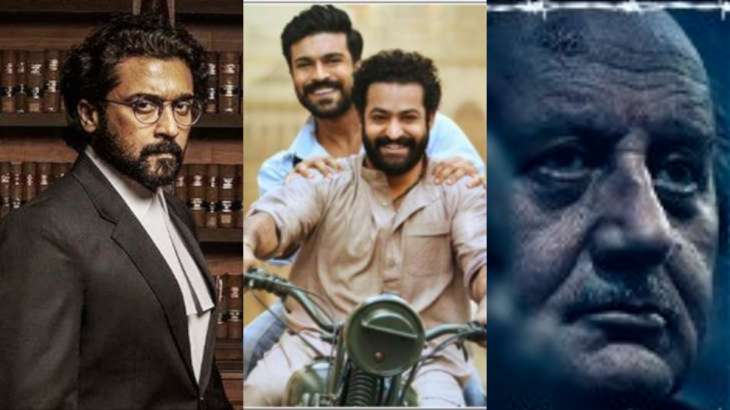 The International Film Festival of India (IFFI) on Saturday announced the line-up for the Indian Panorama segment for the year 2022 with “Hadinelentu” and “The Show Must Go On” as the opening films in feature film and non-feature segments, respectively. While the feature film segment consists of 25 movies, including “Jai Bhim”, “Major”, “Ariyippu”, “The Kashmir Files” and “RRR”, the non-feature segment boasts of 20 titles such as “Taangh”, “Other Ray: Art of Satyajit Ray”, “Clinton” and “Fatima”, among others.

The selected films will be showcased at the 53rd IFFI, to be held from November 20 to November 28, 2022, in Goa. There are 10 Hindi films, four films in Tamil and Telugu each, two Bengali films, seven English films, three movies in Kannada and Malayalam, five in Marathi, and one film each in Maithili, Konkani, Manipuri, Sanskrit, Irula, Oriya, and Bhotiya languages across the two segments of feature and non-feature films.

The ‘mainstream cinema section’ of the same segment will showcase “The Kashmir Files” and “RRR”, two of this year’s most successful movies at the box office, as well as “Tonic”, “Akhanda” and “Dharmveer….Mukkam Post Thane”.

Oinam Doren presided over the jury for the non-feature category as chairperson. Chandrasekhar A, Harish Bhimani, Manish Saini, and P Umesh Naik were part of the six-member panel for this section.

The aim of the Indian Panorama, organised by National Film Development Corporation and the Ministry of Information and Broadcasting, is to select feature and non-feature films of “cinematic, thematic and aesthetic excellence”.

Indian Panorama, the flagship component of IFFI, was introduced in 1978 as part of the festival’s umbrella to promote Indian films along with country’s rich culture and heritage with the help of cinematic art.