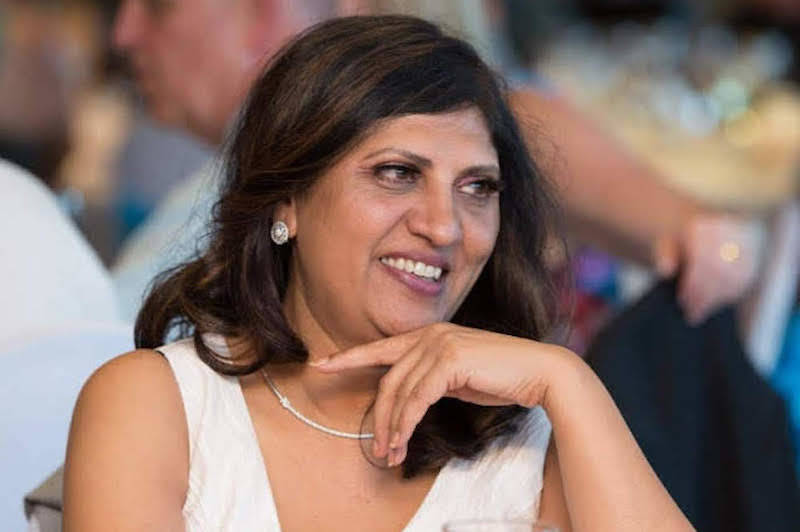 Less than two months before she was found beaten and dying in a blood-spattered West Kelowna hotel room, Rama Gauravarapu called the police.

Her common-law spouse, Tejwant Danjou, had allegedly assaulted her on May 25, 2018, prompting a response from RCMP to Gauravarapu’s Surrey home.

No charges were filed as a result of the incident.

The next time Gauravarapu attempted to contact the police, she was lying on the floor of that hotel room, calling out for help from a hotel employee who had come to check on a noise complaint.

This, among other details of the abusive relationship of the Surrey couple, was revealed in a Kelowna courtroom on March 10, during Danjou’s ongoing trial for second-degree murder related to Gauravarapu’s death on July 22, 2018.

A series of facts admitted by Danjou were read aloud in court by a Crown prosecutor.

They highlighted stories of domestic abuse and painted a picture of the accused’s obsessive nature through his three-year relationship with Gauravarapu.

In June 2018, Gauravarapu played a close friend an audio recording of a time when Danjou had grabbed her by the neck, bashed her against the wall and would not let her move.

“Rama told her … words to the effect that if he, Danjou, couldn’t have her, he would kill her,” said Crown counsel Michael Lefebure.

Gauravarapu’s friend stayed with her for the next few days out of fear for her safety.

Co-workers of Gauravarapu noted her coming to work donning bruises on her face in the months leading up to her death.

Another friend and co-worker, George Kover, submitted that Danjou was under the impression Gauravarapu was cheating on him and his excessive drinking caused issues in their relationship.

When Gauravarapu told Kover of Danjou’s alleged assault and the police response that occurred in May 2018, Kover told her to end the relationship.

Less than two weeks before she died, Gauravarapu and Kover were heading out for lunch at a Wendy’s close to their work when Danjou unexpectedly appeared.

“Rama told Mr. Kover that Danjou was there to ‘check up on her,’” said Lefebure.

After that incident, Kover again urged Gauravarapu to leave the relationship, to which she said she was.

“Later she said she had spoken with Danjou and that Danjou had gone to counselling,” said Lefebure. “Mr. Kover said Danjou was a risk to her, but Rama told him she loved him and that she felt that he wasn’t a risk to her.”

The trial will continue until March 13 but is expected to take a break next week. Defence counsel Donna Turko said Danjou may take the stand the following week.

A voir dire is also anticipated in the coming weeks to determine the validity of statements Danjou made to RCMP following his arrest.